Kenji Kamiyama's latest work "Eternal 831" video & preview video of the first performance of the song will be released. A live distribution event featuring Soma Saito and others will also be held.

News Friday, January 14, 2022 22:00
Kenji Kamiyama’s latest work “Eternal 831” video & preview video of the first performance of the song will be released. A live distribution event featuring Soma Saito and others will also be held. 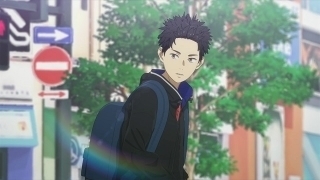 (C) Kenji Kamiyama, CRAFTAR, WOWOW / “Eternal 831” WOWOW
A preview video of WOWOW’s new feature-length anime “Eternal 831” directed by Kenji Kamiyama and written by the script has been released. It has also been decided that a live distribution event will be held prior to broadcasting and distribution.
This work was produced as a work commemorating the 30th anniversary of the opening of WOWOW. A youth crime suspense set in modern Tokyo, which is extremely confused due to an “unprecedented catastrophe.” Suzushiro Asano (CV: Soma Saito), a college student with the ability to stop time, meets Nazuna Hashimoto (MAO), a high school girl who also has the ability, and is a half-brother who is the central figure of the hangure group “831 Front”. Reach out to her, who is used for crime planning by her brother, Seri Agawa (Kazuyuki Okitsu).
Two preview videos have been released, one containing the theme song “Hitohira no Mirai” by “angela” and the other containing the opening theme “Kingyobachi” by KanoeRana. This is the first time that both the main video and the music have been unveiled, and the voices of Suzushiro, Nazuna, and Seri are also recorded.
Also, on the WOWOW official YouTube channel (https://www.youtube.com/user/wowowofficial), an interview video to the main cast has been released, and Saito, MAO, and Okitsu wrote the script. He talks about the impression of the character, the story behind the recording, and so on.
In the live distribution event, stage greetings and music performances will be broadcast from the pre-screening event to be held on January 15. Director Kamiyama, Saito, MAO, and Okitsu will be on stage, KanoeRana will perform “Kingyobachi”, and “angela” will perform “Hitohira no Mirai” for the first time. The WOWOW official YouTube channel and King Record official YouTube channel (https://www.youtube.com/c/kin-cr) will start around 6 pm.
“Eternal 831” will be broadcast on WOWOW Prime from 8:00 pm on January 30, and will be distributed on WOWOW on-demand. 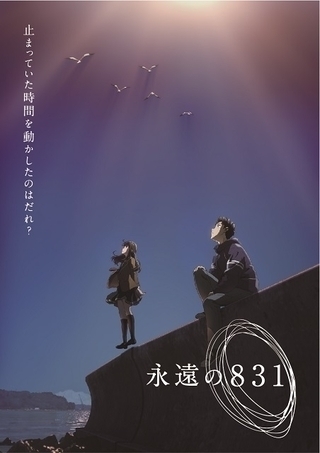 タグ: Kenji Kamiyama's latest work "Eternal 831" video & preview video of the first performance of the song will be released. A live distribution event featuring Soma Saito and others will also be held.