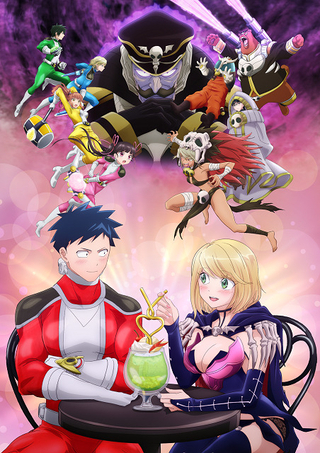 (C) Hiroshi Noda, Takuhiro Wakamatsu, Kodansha / Koiseka Production Committee
Broadcast of “Love After World Domination”, which is a TV animation of a romantic comedy manga serialized in “Monthly Shonen Magazine” (published by Kodansha), will be broadcast on BS Asahi, AT-X, TV Aichi, and TOKYO MX in April. It was decided to start. This promotion video and the second key visual have been released, and it has become clear that Masayoshi Oishi and Yukari Tamura will collaborate on the opening theme song.
The original work by Hiroshi Noda (original) and Takuhiro Wakamatsu (manga) is a battle between Aikawa Fudo (CV: Yusuke Kobayashi), the leader of “Ikumi Sentai Gelato 5” who protects justice, and the evil organization “Gecko”. Desumi Sadahara (Ikumi Hasegawa), a member leader and princess of the god of death, depicts a battle while hiding her dating from her friends. 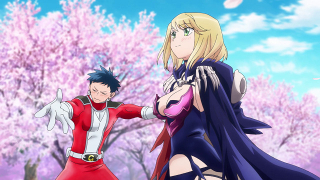 (C) Hiroshi Noda, Takuhiro Wakamatsu, Kodansha / Koiseka Production Committee
This PV starts from the battle scene of “Gelato 5” and “Gecko”. Members of both organizations are introduced with dialogue, as well as a scene where Fudo confesses to Death Beauty and a scene where both pledge to keep her secret. In the key visual, the members of “Gelato 5” and “Gecko” confront each other with a sense of urgency behind the immobility surrounding the drink with a straw for couples and the aura that Death Beauty seems to be happy. It is drawn.
In the opening theme song “Koi wa Explosion (feat. Yukari Tamura)”, a duet of Masayoshi Oishi and Yukari Tamura is realized. The sound source of the song is released in this PV. Below are comments from Masayoshi Oishi.
[Oishi Masayoshi (Opening theme song)]
Originally, there was a strong desire to make the opening theme song a duet song for men and women, but a duet with Yukari Tamura was realized! Thanks to you, it became a fucking big emotional song!
We hope that you will enjoy the music along with the anime works! 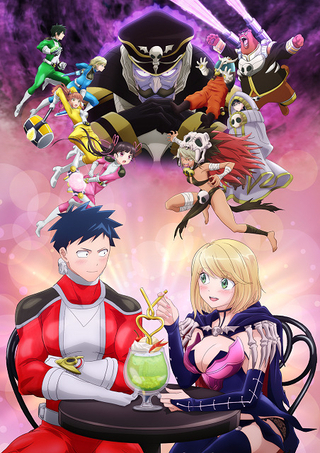