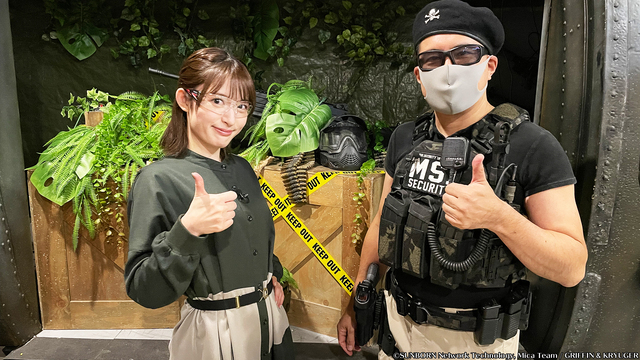 Mikako Komatsu experiences a gun! Winter animation “Dolls Frontline” military course video & episode 2 preceding scene cut released!
From the TV anime “Dolls Frontline”, Mikako Komatsu’s “Dolflo & Military Beginner’s Course” summary video, the outline of the second episode, and the preceding scene cut have arrived. An autographed script present campaign has also started.
This work is a TV animation based on the strategic simulation game “Dolls Frontline” that is being developed all over the world. Set in the world that was devastated by World War III, it depicts the battle of “tactical dolls” that protect humanity and the huge mystery behind the war.
⇒Broadcast starts on January 7th! “Dolls Frontline” ED video, episode 1 synopsis & scene cut released!

About the “Dolls Frontline”, a video summarizing the first half of the “Dolflo & Military Beginner’s Course” released from the end of last year was released on YouTube. This is a project video in which Mikako Komatsu, who plays the role of Jean-Cian, learns about the guns and military that appear in “Dolls Frontline” with the full cooperation of the airsoft gun maker “Tokyo Marui”.
There is also a corner where you can think about “tactical dolls” while looking at the shape of the gun and actually shoot an airsoft gun, so let’s enjoy it with Mr. Komatsu.
■ Girls’ Frontline & Military Beginner’s Course Part 1
https://www.youtube.com/watch?v=UT0kT5EqCRQ

In addition, a gift campaign has started. From those who follow the official anime Twitter (@gf_animePR) and RT the campaign tweets, two people will be given a second episode dubbing script signed by Mikako Komatsu, who plays the role of Jeansiane.
Check Twitter for details. 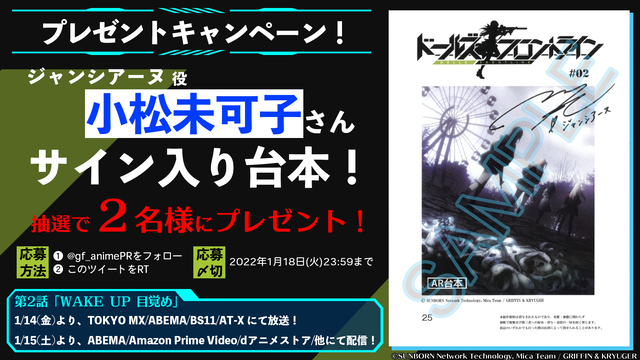 In addition, the outline and the preceding scene cut of the second episode of the TV animation, which will be broadcast on January 14 (Friday), have also been released.
[Synopsis / preceding cut]
■ Episode 2 “WAKE UP Awakening”
The “M4A1” who defeated the iron-blooded “agent” were annihilated by Griffin’s support platoon, and their friends were scattered.
Around the same time, the new commander Jean-Cianne, who arrived at the Griffin Front Base, completed his first mission and was interacting with the puppets. However, a new iron-blooded thug “Scarecrow” appears, and peace ends. 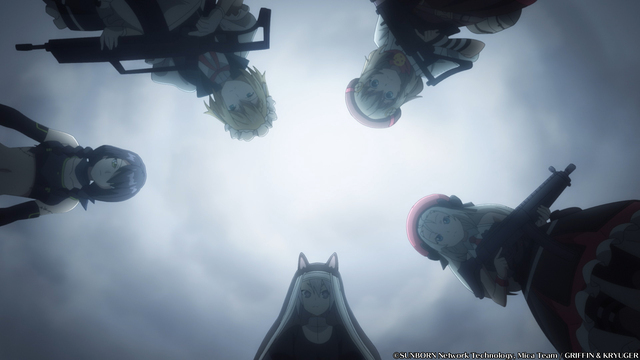 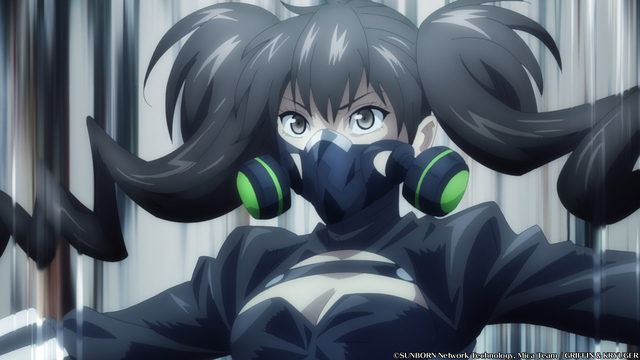 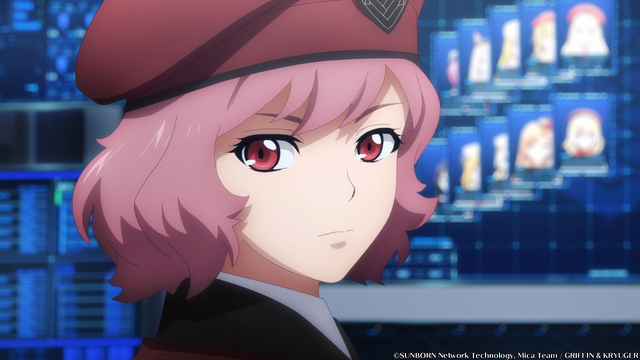 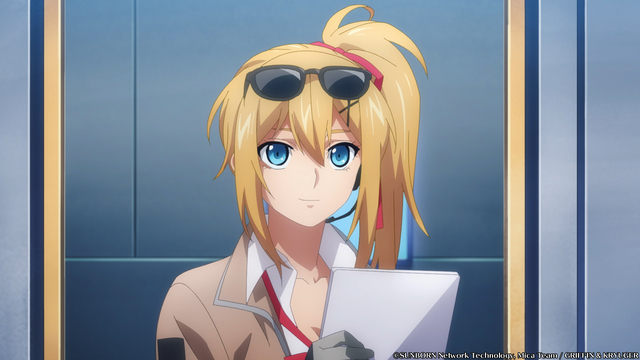 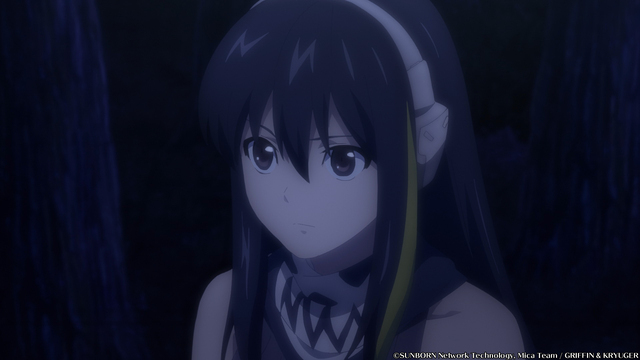