"PUBG: BATTLEGROUNDS" will be switched to a free play service from January 12, 2022! 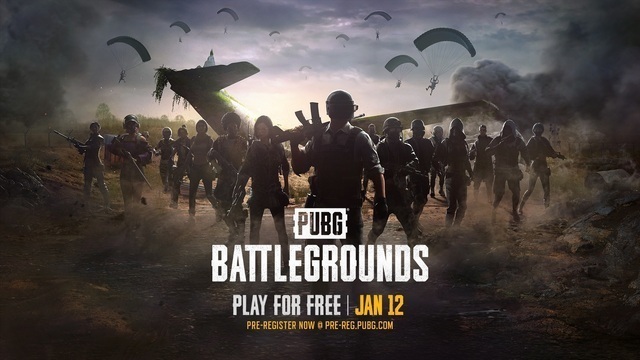 When it appeared in Steam Early Access in 2017, it popularized the genre of battle royale games and sold more than 75 million units on PCs and consoles. It has become one of the best-selling games in history.
Approximately five years after its release, PUBG: BATTLEGROUNDS has continued to expand from its initial success and has evolved with consistent in-game updates including new maps, game modes and gameplay features.
■ Transition to free play service will start from January 12, 2022
After the transition, “BATTLEGROUNDS Plus”, which can be upgraded to a premium account as an option, will be introduced, and various new and limited functions in the game will be available.
All players start with a Basic account that has most of the gaming features, but with a one-time charge of $ 12.99, you can upgrade to BATTLEGROUNDS Plus to get the following features:
・ Bonus 1,300 G-COIN
・ Additional supply of Survival Mastery XP (+ 100%)
・ Carrier-Use of medal tab
・ Rank match
・ Custom match creation
・ In-game skin items from the “Captain’s Camo” series
If you have already purchased “PUBG: BATTLEGROUNDS” before moving to the free play service, you will get an automatic account upgrade to “BATTLEGROUNDS Plus”, Battle-Hardened Costume Skin Set, Shackle and Shanks Legacy Pan, Battle-Hardened Legacy Name. You can receive “PUBG –SPECIAL COMMEMORATIVE PACK” including the plate.
In addition, the event site (https://pre-reg.pubg.com) will hold pre-registration events, PUBG playstyle diagnostics, friend invitation events, etc. to commemorate the transition to the free play service for several weeks. The reward will also be a luxurious lineup.

“PUBG: BATTLEGROUNDS has pioneered the genre of battle royale and has grown into a globally influential game IP, so it’s the perfect time to move to a free-to-play service and welcome new players,” KRAFTON, said. CH Kim, CEO of Inc., said.
“Since we launched Early Access about five years ago, we believe the game has grown significantly and offers the highest value in the game. Eight unique maps, consistently updated. The move to free-to-play services, such as features and the activities of attractive in-game partners, is the next step in expanding the breadth of the IP “PUBG” through content that is loved by both new and veteran players. “
Additional information will be announced in the coming weeks regarding the transition to the “PUBG: BATTLEGROUNDS” free play service.
■ Pre-registration event site
http://pre-reg.pubg.com

タグ: "PUBG: BATTLEGROUNDS" will be switched to a free play service from January 122022!