›News› Anime› Articles
“CloverWorks” 2022 Anime? This term & future work summary
Introducing the new animations that the animation production company “CloverWorks” will be working on in 2022. 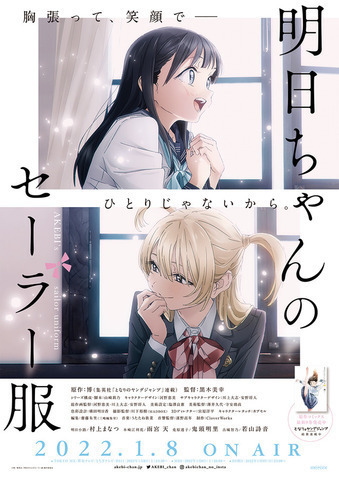 Introducing the new animations that the animation production company “CloverWorks” will be working on in 2022.
table of contents
What is CloverWorks?
Tomorrow’s sailor clothes
The dress-up doll falls in love
Tokyo 24th Ward
SPY x FAMILY
In the chest of Kunoichi Tsubaki
Shadows House 2nd Season
What is CloverWorks?
CloverWorks is an animation production company established by A-1 Pictures Koenji Studio in April 2018 and spun off from A-1 Pictures in October of the same year. He has worked on many high-quality animation works such as “Darling in the Franxx,” “Rascal Does Not Dream of Bunny Girl Senpai,” and “Shadow House.”
Tomorrow’s sailor clothes

Synopsis
Wakana, a high school boy who aims to be a “head teacher” who makes the faces of Hina dolls. Although he is serious about making Hina dolls, he is not familiar with the fashion of the same generation and is not familiar with the class. For such Shinna, the popular person, Kaimu Kitagawa (Marin), who is always in the center of the class circle, is like a resident of another world. But one day, unexpectedly, she decided to share her secret with Kaimu …! ?? The world of two people who should never meet begins to move!
Broadcast information
TOKYO MX, Tochigi TV, Gunma TV, BS11: From Saturday, January 8, 2022, every Saturday from 24:00
Yomiuri TV: From Monday, January 10, 2022, every Monday from 26:29
Me-Tele: Every Thursday from 25:56 on Thursday, January 13, 2022
AT-X: Every Sunday from 22:00 on Sunday, January 9, 2022
[Distribution information]
Prime Video, d Anime Store: From Saturday, January 8, 2022, every Saturday from 24:00
In addition, distribution will start sequentially from January 11, 2022 on each distribution platform.
cast
Kaimu Kitagawa: Hina Suguta
Shinna Gojo: Shoya Ishige
Inui Sajuka: Atsumi Tanezaki
Inui Shinju: Hina Yomiya
Kaoru Gojo: Atsushi Ono
staff
Original: Shinichi Fukuda (serialized in Square Enix “Young Gangan”)
Director: Keisuke Shinohara
Series composition / Screenplay: Yoriko Tomita
Character design / animation director: Kazumasa Ishida
Music: Takeshi Nakatsuka
Sound Director: Akiko Fujita
Produced by: CloverWorks 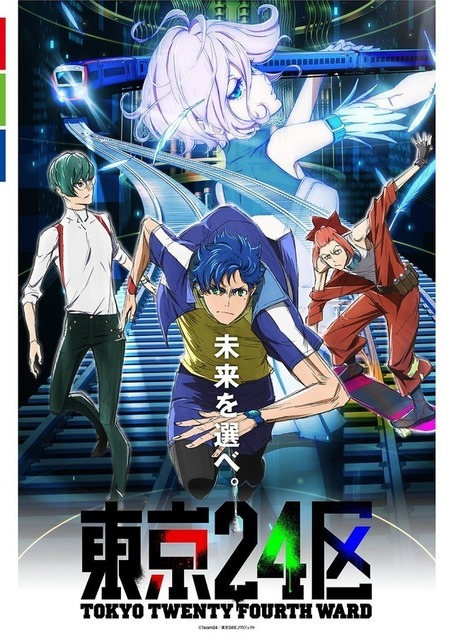 Synopsis
An artificial island in Tokyo Bay, “Far East Legal Special Zone” -commonly known as “24th Ward”. Shuta, Ran, and Kouki, who were born and raised there, were childhood friends who were always hanging out, although their families, hobbies, and personalities were different. However, their relationship changes drastically in the wake of a certain incident. At the mass in memory of the first anniversary of the incident, the telephones of the three people who happened to meet again suddenly ring all at once. It was an incoming call from a supposedly dead companion, urging them to make a “future choice.” The three try to protect the future of their beloved 24th Ward (Machi) and people in the way they believe.
Broadcast information
TOKYO MX, Tochigi TV, Gunma TV, BS11: Every Wednesday from Wednesday, January 5, 2022 24: 30- * First 1-hour SP is 24: 00-
ABC TV: From Wednesday, January 5, 2022, every Wednesday from 26:14 * First 1 hour SP
Me-Tele: Every Wednesday from 26:11 on Wednesday, January 5, 2022 * First 1-hour SP
[Distribution information]
ABEMA: Every Wednesday from January 5, 2021 24: 30- (First hour special 24: 00-)
Delivered on various other platforms
cast 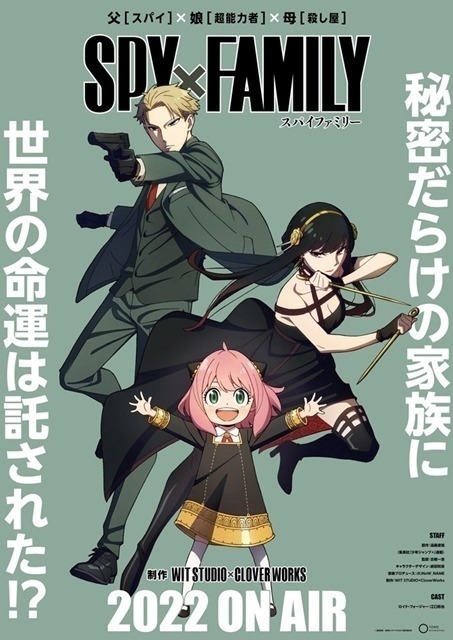 Synopsis
Everyone has a self that is not shown to anyone-an era when countries around the world were engaged in fierce information warfare under the surface of the water. Eastern Ostania and Western Westeris have been in the Cold War for more than a dozen years. The brilliant spy