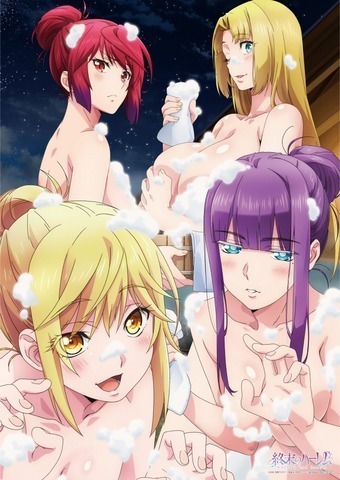 The first Blu-ray of the winter anime “World’s End Harem” will be released on March 26, 2022. This time, the corporate privilege design has been released at once.
“End Harem” is based on the manga of the same name serialized in “Shonen Jump +”. Set in a world where 99.9% of men on the planet have died due to the virus, a young man, Reito, who is resistant to the virus, will “mate” for the survival of the remaining women and humankind. It is a required story.
This time, the benefits of Blu-ray have been revealed. First of all, as an early reservation privilege campaign for the first limited edition of Volume 1, if you make a reservation by February 15, you will receive a “Daily Support Illustration Collection” as a gift. This is your chance to get a valuable book with more than 30 writers participating.

TV Anime “End Harem” Anibasaru Dakimakura Cover Volume 1 / Table
A wide variety of corporate benefits. Anibasaru sells “Animated Dakimakura Cover” for an additional 5,500 yen (tax included) to the list price of each volume. Volume 1 is Ryuzoji Akane, Volume 2 is Rena Kitayama, Volume 3 is Akira Todo, and Volume 4 is Yuzu Hanyu.
TV anime “End Harem” Toranoana acrylic stand figure
At Toranoana, all 4 volumes of Toranoana Limited Edition, which will be sold at the list price of each volume + 3,300 yen (tax included), will be presented with “Dakimakura cover drawn by anime” and “Acrylic stand figure”. “B2 Tapestry drawn by anime” was also prepared as a bonus for purchasing all volumes common to both regular and limited editions. 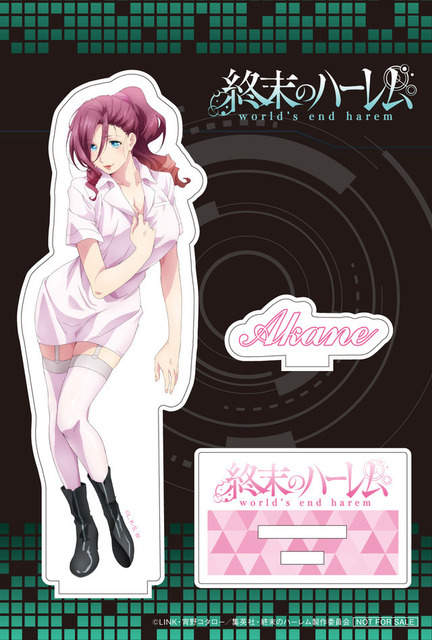 TV Anime “End Harem” Animate Anime Draw Can Badge (76mm)
At Amazon.co.jp, all 4 volumes of Amazon-exclusive Blu-rays will be given to purchasers as “recorded drama CD” and “B2 tapestry drawn by anime”, and at Animate, all 4 volumes will be given to purchasers as “B1 cloth drawn by anime”. “Poster” and “Can badge (76mm) drawn by animation”.
At Sofmap, purchasers of all four volumes will receive a “B1 Tapestry drawn by anime” as a gift. Gamers will line up “B2 Tapestry” for all 4 volume purchasers and “Original wallpaper for PC” for each volume purchaser.
At Rakuten Books, each volume purchaser will receive a “2L size bromide 4 piece set” as a gift. In addition, the purchaser of Volume 1 will receive a serial code for participating in the Rakuten TV online event held from 18:00 on April 16th.
The cast will be Haruka Shiraishi, who will play the role of Miki Suo, and Ayana Taketatsu, who will play the role of Karen Kamiya. You can enjoy the event even if you miss it for about a week. Please check the official website for details of the original benefits and campaigns for each store.

TV Anime “End Harem” Blu-ray Volume 1 Case Design
The first limited edition bonus of the first volume of Blu-ray is a lenticular sleeve case by Kotaro Shono, who works on the original drawing. The heroine, Miki Suo, is drawn, and a special jacket with a changing illustration is used.
[Amazon.co.jp Limited] End Harem (4 volumes set / delivered sequentially on release date) (Set purchase privilege: Newly recorded drama privilege CD & B2 tapestry drawn by animation) (Early reservation privilege: Daily support illustration collection )
¥ 39,600
Amazon
Rakuten
* If you purchase a product from the above link, part of the sales will be animated! Anime! May be reduced to 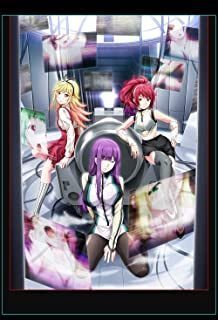