TV anime "Shadow House" will be distributed on Amazon Prime Video and others! Ink painting PV released by sumi-e artist, Okato at AnimeJapan2021! 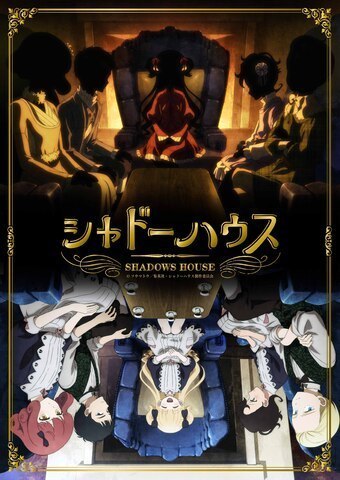 It was
≪Sumi painter “Okazu” (side dish) profile ≫
Born in 1985, lives in Osaka. He belongs to Sengokudamashii.
Popular at historical events such as “Tahata Sengoku Festival”, “Tennoji Sanada Yukimura Hiroshi”, “Osaka Nojin Battle Festival”, and “Sekigahara Warlords Series”. He drew a CD jacket for TM.Revolution in 2016, and in 2017 he drew Marvel’s “Spider-Man” and became a hot topic. In 2018, he performed a guest performance at Japan Expo in France, a guest performance at Hyper Japan in the UK, and performed live painting in Taiwan, Singapore, Qatar, etc. and received high praise. In 2019, including the Rugby World Cup, it has been highly acclaimed for its animation works and sumi-e paintings of stage actors.
He expresses everything such as animals and nature centered on the Sengoku warlords with sumi-e. The work drawn by the head of the poetry has a unique style that does not add shades to the ink, giving it a sense of dynamism that has been brought to life. Although he is a world of contrast between black and white, his vision depicts a world of color, which just overwhelms the viewer.
[Work information]
■ TV anime “Shadow House”

タグ: Okato at AnimeJapan2021!TV anime "Shadow House" will be distributed on Amazon Prime Video and others! Ink painting PV released by sumi-e artist