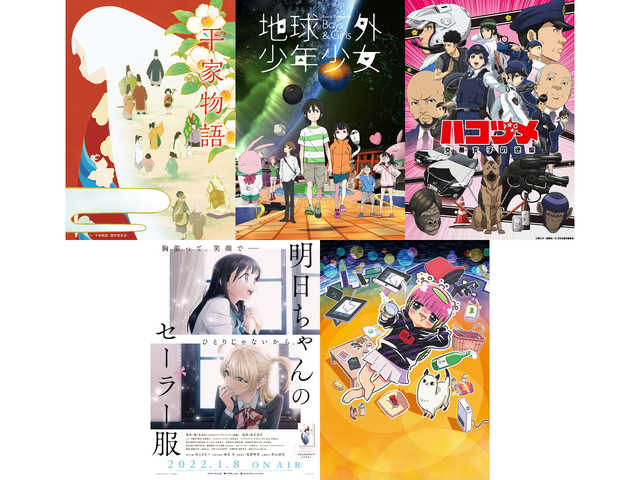 Introducing 5 works of interest in the 2022 winter anime selected by anime writers! [Anime column]
There are 50 animations that will start in the winter of 2022, according to a survey by Akiba Research Institute. Here are five notable works. “The Heike Story”, which is being pre-delivered on FOD (Fuji TV On Demand), the original anime “The Orbital Children” set in space, “Hakozume-The Counterattack of Alternate Girls”, which was also made into a TV drama, The lineup includes “Akebi’s Sailor Clothes” based on the youth comics set in the movie, and “Atasha Kawajiri Kodamadayo-Dangerous Life Hacker’s Life”, which is also popular on Twitter. 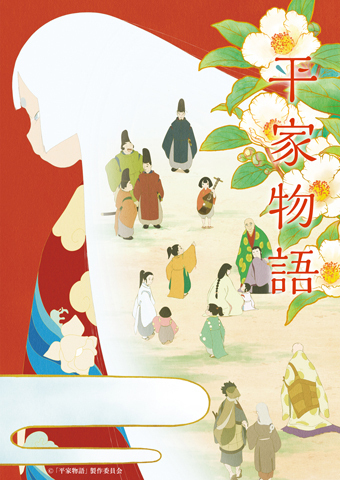 Based on the novelist Hideo Furukawa’s modern translation of “The Heike Story,” a historical drama featuring the original character Biwa Hoshi’s daughter, Biwa. When Biwa closes one eye, she can see the future of the other person, and the setting that predicts the destruction of the Heike is interesting, and the act of seeing connects Biwa and her viewers with nature. The second PV has a distinctive shape and starts with a close-up of the eyes of the loquat, and the series of eyes of people who lived in the turbulent times is a vivid finish.
The director is Naoko Yamada and the script is Reiko Yoshida. It is also talked about that the duo who worked on “K-ON!” And “Liz and the Blue Bird” at Kyoto Animation will work on the animation production company Science SARU. In the early summer of 2022, the movie “Inu-Oh”, which is an animated version of Hideo Furukawa’s novel “Heike Monogatari Inu-Oh no Maki” directed by Masaaki Yuasa, will be released. 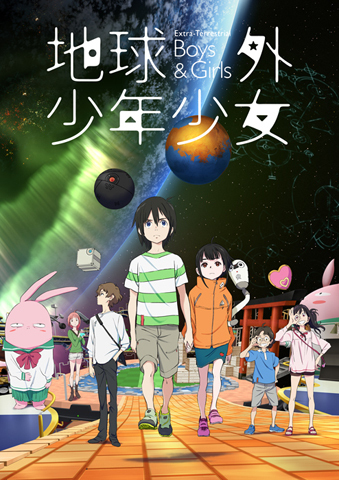 Set in 2045, when everyone can go to space, an original animation in which a junior high school student left behind in a Japanese-made commercial space station “Anshin” tries to escape on his own. This is the first new work by director Mitsuo Iso in 15 years, and in the previous work “Denno Coil”, the depiction of AR in daily life attracted attention, but this time AI and space are the subjects. The official website also introduces the drones handled by the characters and the world view, raising expectations for what kind of future will be drawn.
All 6 episodes will be distributed on Netflix, and will be screened in two parts at the movie theater. Visitor benefits are the extraordinary luxury of randomly distributing mini colored paper and duplicate original drawings by director Mitsuo Iso, character designer Kenichi Yoshida, and main animator Toshiyuki Inoue, so there is no choice but to go to the movie theater after watching the distribution.

Police in a Pod ~ Counterattack of Alternate Girls ~

Based on the police manga serialized in “Morning”. It is a work comedy that begins when Seiko Fuji, a former criminal division ace, has been transferred as an instructor to a newcomer, Mai Kawai, who has taken all the civil service exams but only a police officer. Although it is a police thing, the point is not to draw action or suspense, but to portray the characters as a person who is troubled by work. Since the original author is a former police officer, you can enjoy the real life of police box girls.
Directed by Yuzo Sato and produced by Madhouse. Creators and studios who have skillfully visualized popular originals such as “Fighting Legend Akagi-Genius in the Dark” and “ONE OUTS -One Outs-” are in charge. You can’t miss the unexpected casting, such as Kendo Kobayashi, a laughing entertainer who plays the role of deputy chief. 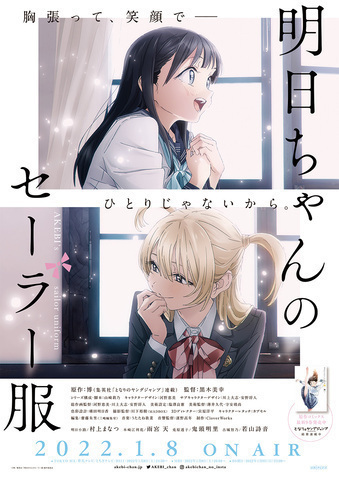 Tomorrow’s alley (Akebi her Komichi) enrolled in a private school of prestigious girls who wanted to wear a sailor suit. However, the school uniform has already changed to a blazer … The original is a youth story serialized in “My Neighbors Young Jump”. In the second PV, the feeling of going to school alone in a sailor suit and the reason why he longed for a sailor suit are talked about, and the lively play of the alley, flying, bouncing and dancing, is fascinating.
The sailor suit in the title is also described in detail, and she is surprised if she moves it. The scenery surrounded by lush nature is beautiful, and the close-ups of the eyes, mouth, and feet are mellow, both of which give an unforgettable impression. The director is Miyuki Kuroki of “THE IDOLM @ STER SideM”, and the animation is produced by CloverWorks. 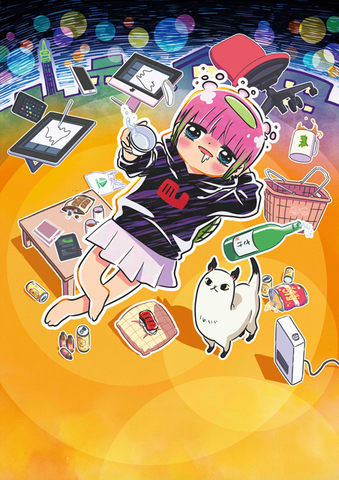 A short animation of a comic essay about the self-degrading days of manga artist Kawajiri Kodama. The author, who loves sake, oil, salt, and sweets, is gaining support for his aggressive attitude of eating what he likes as he desires. Many food-themed anime have been made so far, but it’s arguably the most unhealthy title.
Aoi Yuki is in charge of the cast. A rough cast is revealed as “Kawajiri Kodama role and almost all roles”, and I am wondering what kind of character other than the main character will play. All 24 episodes will be aired on Fuji TV’s late-night variety show “EXIT V”. Broadcasting in the program is difficult for people who are crazy to watch, but the distribution site FOD plans to pre-exclusively distribute up to 12 episodes, so you can see the first course at a glance.