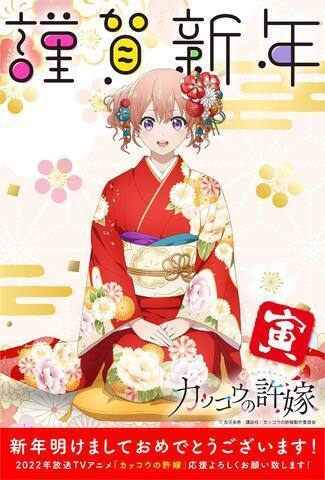 “A Couple of Cuckoo” is a “life crossing x love triangle that begins with a mixed child” presented by Miki Yoshikawa, who is known for “Yankee-kun and Glasses-chan” and “Yamada-kun and the Seven Witches”. Serialized in Weekly Shonen Magazine from the 9th issue of 2020. It has been announced that it will be made into a TV animation in 2022, and Kaito Ishikawa and Akari Kito have been decided to cast.
⇒ Life crossing that begins with a mixed-up child! “A Couple of Cuckoo” decided to be made into a TV animation by Kaito Ishikawa & Akari Kito!
https://japaneseanime3315.seesaa.net/article/485048460.html?1641088353
In commemoration of 2022, the New Year’s visuals drawn by Erica’s furisode have been released. 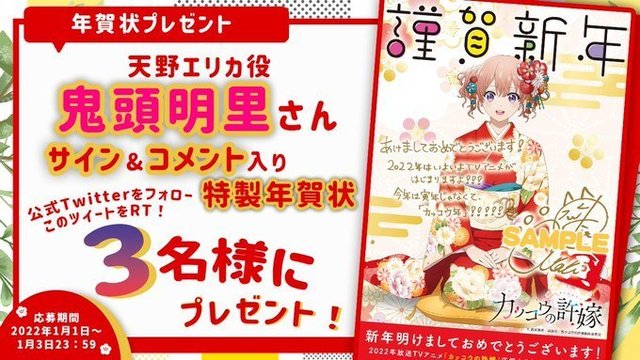