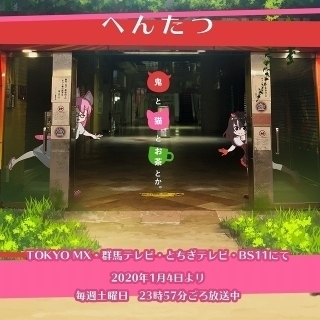 Announcement visual at the time of TV animation version broadcast
A special edition of the short anime “Hentatsu” will be broadcast on TOKYO MX, BS11 and others from 9:57 pm to 10:00 pm on December 31st.
This work is an original work by director Tatsuki known for “Kemono Friends” and “Kemurikusa”. Occasionally, a human-shaped demon (CV: Kaoru Takasugi) and a cat (Mai Kadowaki) engage in a sloppy conversation, mixed with actions and mysterious content. In 2018, the web version was distributed on Twitter directed by Tatsuki, and the TV anime version was broadcast from January to March 2008. In the special edition of Omisoka, it will be broadcast for 3 minutes, expanding from the 90 seconds of the TV anime version.
Work information 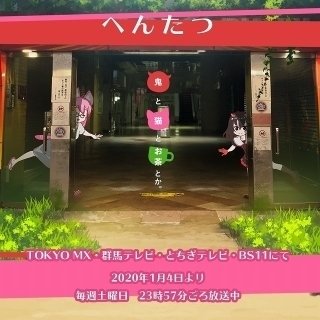