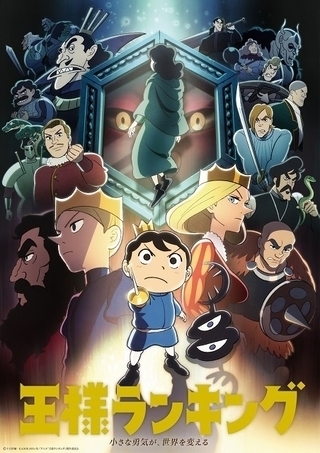 (C) Sosuke Toka, published by KADOKAWA / Animation “Ranking of Kings” Production Committee
Koji Yusa will appear in the second course of the “Ranking of Kings” which will start broadcasting on January 6th. In charge of the role of Oken, a sinner of the Netherworld who escaped from prison by the guidance of Milanjo. In addition, the theme song artist has been clarified, and the third PV and new key visuals have been released.
The original is a fantasy manga by Sosuke Toka. In a world where there is a “King Ranking” that ranks the kings of each country, the first prince of the Boss Kingdom, Bodge (CV: Minami Hinata), who is sick and despised by people but has a kind heart, is his best friend Kage (Murase). Ayumu), we will face various difficulties.
The opening theme song “Naked Hero” of the second course is sung by multi-artist Vaundy. The ending theme song “Flare” is handled by singer-songwriter milet. The sound sources of both songs are recorded in the PV.
PV starts with the lines of Milanjo who are trying to destroy the Kingdom of Boss. When she brought in the sinners of the Netherworld into the country, it is depicted that a great deal of confusion will occur, and Oken, whose cast was announced this time, will also appear. The key visual is an illustration of characters who color the story, centered on Bodge and Kage with a fearless face holding a saber, and Milanjo with his back turned.
In addition, it has been decided that the talk show “King Ranking TV Light”, in which the cast members look back on the main story from various perspectives, will continue in the second course. Takuya Eguchi as Dormas, Yoji Ueda as Bevin, Hiroki Yasumoto as Apis, Hinata Tadokoro as Drussi, Yuki Kaji as Daida, and Sato as Hilling in the January delivery. Rina, Minami Hinata as Bodge, and Ayumu Murase as Kage will appear in the March distribution.
In addition, on January 5th (https://live.nicovideo.jp/watch/lv334909860) and 6th (https://live.nicovideo.jp/watch/lv334909903), Nico Nico Live Broadcasting will be the 1st to 11th. The story will be delivered all at once. Both days will start at 7:30 pm.
The full comments from Yusa, Vaundy, and milet, who play the role of Oken, are as follows.
[Koji Yusa (role of Oken)]
I faced the first recording while feeling the pressure of Oken, a person whose image in a normal appearance would differ from person to person. I made a role in consideration of his special circumstances. You may not know who is playing with just your voice (laughs). However, there are some scenes where you can speak normally, so please check there.
[Vaundy (Opening theme song)]
Since it was my first anime theme song since I received this offer, I was really worried about what kind of song to make.
I read the original and made a lot of delusions in my head about what kind of animation it would be, but the beliefs that the characters, mainly Bodge, have in each form that they are “good”. This song was born in the hope that something like this could be incorporated into the song.
Everyone is fighting for someone, not for themselves. It would be great if you could feel the conflict and love that arises in a world that cannot be divided by words such as “enemy and ally” and “good and evil.”
I want to enjoy the work with you. “King ranking” is the best.
[Milet (ending theme song)]
Every time I turn over the original page by page, Bodge, who stands up with a small body without fear, laughs with tears that are about to overflow from his big eyes. I was so dear that I couldn’t help it.
The “Ranking of Kings” gently delivered to my heart the precious warmth that I had forgotten for a long time.
While embracing such warmth, I wrote the ending theme “Flare” with the message “Be the first to shine” to Bodge.
I hope this song gently accompanies the wonderful “Ranking of Kings” work and the hearts of everyone who watches it. 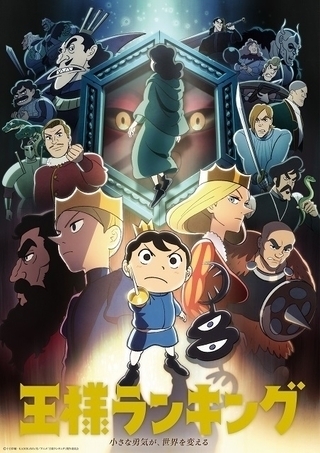 タグ: "Ranking of Kings" Koji Yusa as the sinner of the Netherworld Koji Yusa's third PV includes a new theme song sung by Vaundy and milet