3 animes with the theme of “radio” that you still want to watch [Akiba Soken writer chooses the 16th anime samadhi selection]
December 29, 2021 14:000

3 animes with the theme of “radio” that you still want to watch [Akiba Soken writer chooses the 16th anime samadhi selection]
2021 is almost over. I think there are many people who have had a “lost year” following last year. While dark news was flowing every day on TV, it was “radio” that supported the author’s heart.
This time, I would like to introduce three works related to “radio” that have continued to moisturize the daily life that seems to be depressing due to the increase in work at home.
Wave, listen to me 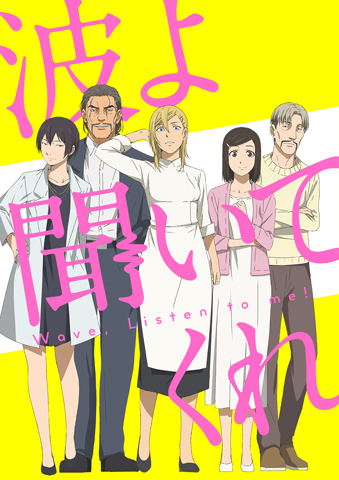 The original is a seinen manga by Hiroaki Samura of “Infinite Resident”. The stage is Sapporo, Hokkaido. Koda Minare, who works at a restaurant, will become a radio DJ for the local FM radio station “Mt. Moiwa Radio Station (MRS)” because of a certain story.
The beginning of the first episode begins with a shocking scene in which Minare confronts a bear in the forest (actually, Minare’s excellent talk technique made him hear it as if he were confronting him), and then Minare’s personality. The reason why it was appointed to is drawn.
The chief director, Kanetsugu Matou, who selected Minare, Mizuho Namba, who became friends with Minare, and Mitsuo Suga, the ex-boyfriend of Minare, who is full of tsukkomi, are attractive. The characters color the story.
The final episode of the anime depicts an episode of the “Hokkaido Eastern Iburi Earthquake” that occurred after 3:00 am on September 6, 2018. Recently, a scene has appeared in “Taisho Otome Fairy Tales” in which the main characters are involved in the Great Kanto Earthquake, but it was not an episode that we feel very close to, who are always living side by side with the earthquake. Is it?
By the way, the talent singer First Summer Uika, who was rumored to be “similar to Minare”, made a famous anime scene (radio) on her radio program “First Summer Uika’s All Night Nippon 0 (ZERO)”. There was also a “unique collaboration” in which a surprise show was given (a scene where a talk was given on the program), which made the fans happy. It was an irresistible measure for radio lovers.
Android Ana MAICO 2010 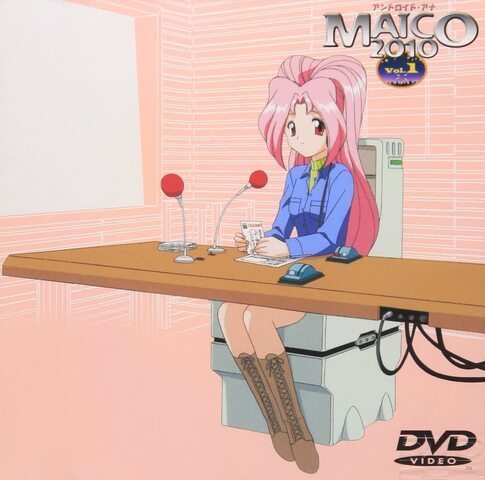 The media mix project “MAICO 2010” developed by the radio station “Nippon Broadcasting System” in Tokyo, which is familiar from “All Night Nippon”.
The TV anime produced as part of the project was broadcast in the now nostalgic WOWOW non-scrambled frame “Anime Complex”. It is a “masterpiece known to those in the know” directed by Koji Masunari and written by Yosuke Kuroda, Hideyuki Kurata, Hideki Shirane and others.
A story that depicts the interaction between Android Anna MAICO and the employees working at Nippon Broadcasting System who decided to develop the world’s first “Android Announcer” because of the sense of crisis that “being drunk by the waves of the media”. Of course, it also contains science fiction elements, but there are also people who wanted to aim for the radio industry by watching this animation because they could know how live broadcasting and recording are done at radio stations. Then?
In addition, although it is a personal impression, the death of broadcast writer Suga who is addicted to the habit of saying “I’m shining!” Is as shocking as when Daigoji Guy of “Martian Successor Nadesico” died. I received it.
Also, the opening theme “MAICO wa Odori”, which is made only with the pitch of “Doremi” and features overly novel lyrics, is worth listening to.
Moving on to the radio program, the anime song countdown program “Top 10 Super Anime Ga Hits by Junko Iwao and Akihisa Soguchi” was aired on Nippon Broadcasting System at the same time as the anime. A program like the omnibus of the anime of the week was being broadcast, but program director Akira Teshigawara is also the original author of the novel “Stolen Identity,” which was made into a movie and became a hot topic.
When I think about it now, MAICO wasn’t born even in 2010 … “Fist of the North Star” feeling). Would you like to launch the “MAICO Project” in real life next year, Nippon Broadcasting System (laughs)!
Suzakinishi THE ANIMATION

At the end, it may be a little forcible, but the main characters are Aya Suzaki and Asuka Nishi, who are the personalities of the popular radio “Suzakinishi” being broadcast on “Nippon Cultural Broadcasting Super! A & G +” and others. Aya Suzaki (played by herself) and Asuka Nishi (played by … omitted below), who are set as high school girls, collaborate and lead a messy school life.
To be honest, there are many stories that only program listeners can understand. To put it the other way around, isn’t there any other anime that has been so close to radio listeners? It is a very valuable (rare?) Work that seems to be. In addition to TOKYO MX, the online station is also broadcast in Ishikawa and Hyogo prefectures, which are their hometowns, and it can be said that it is a work full of love that is very close to both personalities.
In addition, the reporter was in charge of the official interview for the event of the program (radio) before, but the history of the program was so long that I could hardly talk about animation. I would like you to talk about it again someday.
Looking at it in this way, there are surprisingly few anime works on the subject of radio. Considering that the word “Aniradi”, which is an anime radio that represents a program that features an anime work or a voice actor acting as a personality, has permeated anime, voice actors, and game fans, it is like “Suzakinishi”. , Maybe the number of anime based on radio programs will increase in the future …? I’m secretly expecting it.

Atsushi Saeki
Portal site “Repotama!” That introduces information on anime, voice actors, games, idols, etc. 』Acts as an editor and writer.
He is in charge of the official writer / cameraman for various works such as “Let’s Make a Mug Cup”, “Peach Boy Riverside”, “How many kilograms of dumbbells can I have?”
My life work is to record the program of Golden Time (1 am to 3 am) on Weekday and listen to it on the move because I have no eyes on the radio at midnight. Of course I also love Aniradi. The number one topic of the year about radio was getting to know a super popular radio hacker who is broadcasting on TBS Radio at midnight. We received a gift of novelty goods from the program and became one of the “10 major topics in life”.

タグ: 3 animes with the theme of "radio" that you still want to watch [Akiba Soken writer chooses the 16th anime samadhi selection]