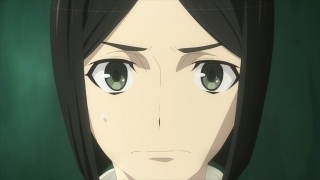 (C) Makoto Sanda ・ TYPE-MOON / LEMPC
A special promotion video for the completely new animation “Lord El-Melloi II’s Case Files -Magical Eye Collection Train (Rail Zeppelin) Grace note-” broadcast in “Fate Project New Year’s Eve TV Special 2021” has been released. It was also revealed that ASCA will sing the theme song of the same work.
The original novel “The Case Files of Lord Elmeroi II” is a spin-off work of the TYPE-MOON game “Fate / stay night”, and it has been about 10 years since “Fate / Zero”, which was also made into a TV animation from 2011 to 2012. The mystery that draws the back. Waver Velvet, who fought the Fourth Holy Cup War in Fuyuki City, grew up with Iskandar, the Conqueror, and while teaching at the Clock Tower, the headquarter of the Magic Society, as Lord Elmeroi II (CV: Daisuke Namikawa), he came in. We will challenge various difficult cases that come up. The TV anime version “Magic Eye Collection Train Grace note” was broadcast in episode 0 in 2018 and episodes 1 to 13 in 2019.
Lord Elmeroi II and his youthful appearance, Waver, appear in the PV using the special video. A part of the theme song “The dream you had” sung by ASCA is also included.
ASCA, who sings “The Dream You Have”, is a continuation of the ending theme song “Hibari” from the TV series. Teamed up again with Yuki Kajiura, who produces the music. The sound source was pre-distributed on January 1, 2010, and the CD was released on January 26, with a DVD included in the first limited edition (2640 yen), regular edition (1980 yen), and limited edition (2200 yen). It will be released in the form.
In addition, it has been decided to release Blu-ray and DVD containing special editions. An original drama CD and a special booklet will be included as a bonus for the limited edition. The jacket illustration is drawn by Jun Nakai, who is the character designer. Blu-ray is 7700 yen and DVD is 6600 yen, released on March 30, 2010.
“Fate Project New Year’s Eve TV Special 2021” will be broadcast on TOKYO MX and others from 10 pm on December 31st. Nico Nico Live Broadcasting and ABEMA will also be distributed.
Below are the comments from ASCA.
[ASCA (theme song)]
This is ASCA, who will sing the theme song for the special edition of the anime “The Case Files of Lord Elmeroi II -Magic Eye Collection Train Grace note-“.
I am full of joy to be able to snuggle up to this work with music again with Yuki Kajiura.
May the theme song “The Dream You Have” be a gentle light for those who continue their journey in pursuit of their dreams. 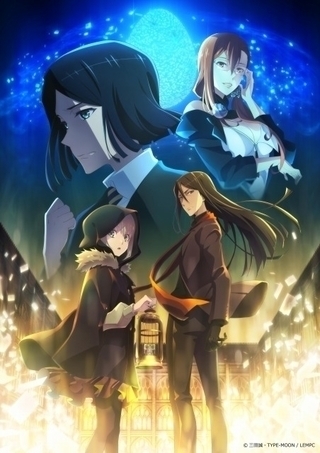