"Odd Taxi" made into a movie, released on April 1, 2010. TV animation version reconstructed & drawn after the final episode 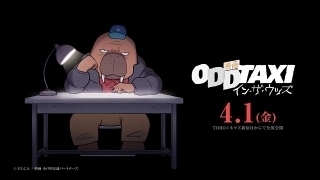 Announced on December 25, the date of the “Odd Taxi Operation” drawn in the final episode of the TV anime
(C) P.I.C.S./Movie Otogawa Kotsu Partners
It was decided to make a movie of the TV animation “Odd Taxi” that was broadcast from April to June 2021. It will be released nationwide on April 1, 2022 under the title of “Movie Odd Taxi in the Woods”. At the same time, a teaser visual and special news are also shown.
“Odd Taxi” is an original work that depicts a group of 41-year-old taxi driver Otogawa (CV: Natsuki Hanae) in the shape of a walrus and a group of addicted guests. Contrary to the cute visuals of the characters in the shape of animals, a full-scale mystery suspense was developed in which each thought centered on the disappearance of a girl was intricately intertwined, and the final episode of the shock that recovered the hint from the beginning. Has attracted a great deal of attention, such as entering the Twitter trend after the broadcast. 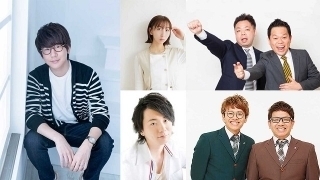 Natsuki Hanae, Riho Iida, Ryohei Kimura, Kappei Yamaguchi, comedy duo “Miki” “Diane” and other TV anime version cast members also gathered
In the movie version, the cast and staff of the TV anime version are reunited. The script, Kazuya Konomoto, wrote the scenario for the movie version, and it will be drawn after the final episode while reconstructing the episode of the TV anime version from a new perspective. Konomoto of the script commented, “After that, I was really asked what happened to Otogawa, so I presented one answer (I’m not saying it will help). Please check it at the theater.” There is.
In the special newsletter, while showing the impressive scene of the TV anime version, Hanae’s new voice of Otogawa said, “First? It feels like something went crazy from that point … “, and the lines that make us feel the movie version drawn from a new perspective are included.
The full comment by Hanae, who plays the role of Otogawa, Kazuya Konomoto, and director Baku Kinoshita is as follows.
[Natsuki Hanae (role of Otogawa)]
Otogawa is a character that I have never played before, and it was a challenge for me, but I can’t see this kind of scenery. Thanks to everyone’s support.
I’m looking forward to seeing what the end of the TV anime will look like.
Witness the new “odd taxi” at the theater!
[Kazuya Konomoto (Screenplay)]
It is a great honor and happiness to be involved in this work again as a movie. I was able to make it while having fun. After that, I was really asked what would happen to Otogawa, so I presented one answer (I’m not saying it would help). Please check at the theater.
[Baku Kinoshita (Director / Character Design)]
At the beginning of the broadcast, I never dreamed that it would be made into a movie. It was realized by the support and response of many people. I really appreciate it.
The staff will work together to create something that you can enjoy as much as you can, so please come to the movie theater! Don’t forget the odd taxi even in the spring! 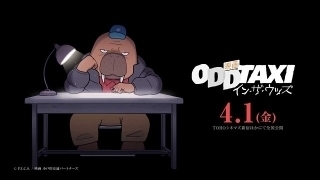 タグ: "Odd Taxi" made into a movie2010. TV animation version reconstructed & drawn after the final episodereleased on April 1