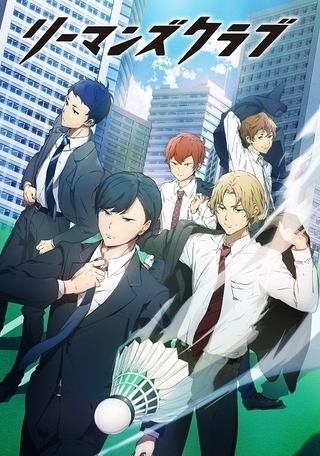 (C) Team RMC / Sunlight Beverage Public Relations Department
Jun Fukuyama, Yuma Uchida, and Taku Yashiro will appear in the original TV anime “Ryman’s Club,” which depicts the youth of badminton business team players. It has also become clear that the opening theme song will be handled by the five-member rock band “Novelbright,” and the first promotional video, main visuals, and broadcast schedule have also been released.
In the same work, former genius badminton player Takeshi Shiratori (CV: Junya Enoki), who fell into a slump due to trauma, joined the company with a comeback at Sunlight Beverage, a dynamic senior employee, Ken Miyasumi ( Pairing with Tatsuru Miyazumi / Shinichiro Miki), he depicts his pursuit of dreams again from the two sides of his daily life as a salaryman and his drama as an athlete.
Fukuyama is the second-largest man in the world for men’s badminton doubles, and is in charge of the role of Hayato Kirishima, who belongs to Unisix. Uchida will play the role of Takuma Kirishima, a player belonging to Mitsuhoshi Bank, who is proud of the overwhelming ability of the doubles world No. 1 and is particular about the confrontation with his brother Hayato. Yatsushiro plays Azuma Tachibana, who belongs to Tomari Transport, who was a close friend of Takashi in junior high school and high school, and who also formed doubles at that time.
The opening theme song title sung by “Novelbright” is “The Warrior”. This will be the band’s first anime tie-up song.
The first PV of “The Warrior”, which will be released for the first time, starts with a scene where Ken enthusiastically talks about the concept of “Badminton”. It is depicted that Takashi, who met Ken, is on the road to a comeback, and three new characters whose cast has been announced this time will also appear. The main visual depicts five “Badminton” members belonging to Sunlight Beverage, who are heading to practice after work.
Broadcasting will begin at 1:30 pm on January 22nd within the anime frame “NUM Animation” on the TV Asahi-affiliated 24 stations nationwide. CS Tele Morning Channel 1 will be on air from 2:30 midnight on the 22nd, and BS Asahi will be on air from 11:00 pm on the 28th.
In addition, a voice drama project will start on December 24th on official Twitter. Teruko Naito, who is in charge of the series composition of the main story, will be in charge of the scenario, and it will be a content that deepens the charm of the characters that appear. The titles of each story are “The correct sense of distance for seniors and juniors …?” And # 02 “Why Did You Come to Sunlight Beverage?”
Below are comments from Fukuyama, Uchida, Yatsushiro, and “Novelbright.”
[Jun Fukuyama (role of Hayato Kirishima)]
Q1. Please tell us your impression of this work.
A sports ensemble drama depicting a human pattern through the businessman badminton.
I’m really looking forward to seeing how the animation will draw high-speed meetings that are difficult to follow even in an actual game.
Q2. Please tell us your impression of the character you play and your enthusiasm for the role.
Although he is the second-largest pair of men’s doubles players in the world, he is a star player who also works as a model, so it seems that there are high hurdles for acting, but Hayato himself seriously faces badminton and is conscious of his younger brother. I am trying to improve myself while doing so.
I hope that the impression of the public image and the real image will be well-balanced.
[Yuma Uchida (Takuma Kirishima)]
Q1. Please tell us your impression of this work.
Office workers scrape each other and challenge badminton. It is a work that gives you courage to do your best.
We hope that you will enjoy the human drama with unique characters and the detailed depiction of badminton.
Q2. Please tell us your impression of the character you play and your enthusiasm for the role.
Takuma Kirishima was a scary person at first because of the strong pressure from his appearance, but he seems to have an extraordinary feeling for badminton.
He belongs to a team that is hostile to the main character, but his ability is considerable. He wants to play him with a strong will.
[Taku Yashiro (role of Azusa Tachibana)]
Q1. Please tell us your impression of this work.
I personally played badminton, so I’m really happy to meet this work. I was also very attracted to the fact that it was set in a business group that is the highest peak in the Japanese badminton world.
In addition, the work and human relationships as a company employee are also drawn, and there are many elements that can be enjoyed in the work. I hope that you will be interested not only in the feelings towards the characters but also in the badminton competition itself through this work.
Q2. Please tell us your impression of the character you play and your enthusiasm for the role.
Azusa has a very serious personality, and I think he is a person who takes badminton and people seriously. He felt his kindness and love for badminton from the fact that he invited Takashi to badminton.
There is a past of being a former partner of Takashi, and there is also a part where we carry on each other’s events, so I think it would be great if we could express our feelings for Takashi firmly, and even a little bit of the fun of badminton through the work. I hope it will be transmitted.
[“Novelbright” Vo. Yudai Takenaka (Opening theme song)]
The first anime song for “Novelbright”.
Live with conviction. Believe in yourself and open up with your own strength, no matter how much you lose or fail. It is you who decide the value of your existence. I put such a message in this song.
I made a rock song that was quite aggressive, and a song that was perfect for this anime.
We hope you enjoy both anime and music. 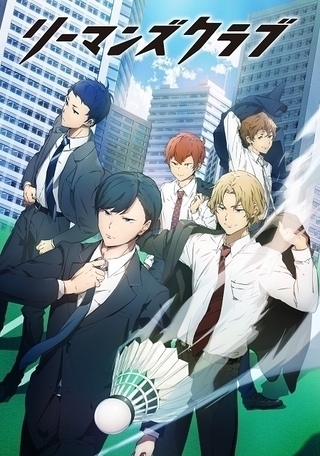