"Uncle from Another World" will be broadcast in 22 years, and Takehito Koyasu, Jun Fukuyama, Mikako Komatsu and others will also appear in the role of the main character, Uncle.

News Friday, December 24, 2021 20:00
“Uncle from Another World” will be broadcast in 22 years, and Takehito Koyasu, Jun Fukuyama, Mikako Komatsu and others will also appear in the role of the main character, Uncle. 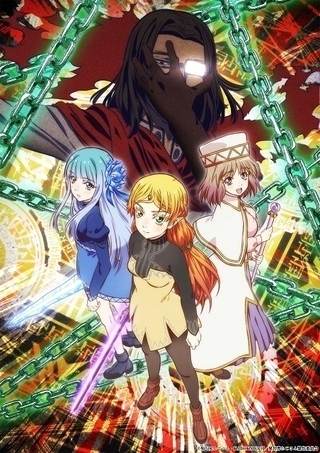 (C) Almost dead ・ Published by KADOKAWA / Uncle from Another World Production Committee
The broadcast time of the TV anime “Uncle from Another World” has been decided in 2022. The main cast and staff members such as Takehito Koyasu, Jun Fukuyama, and Mikako Komatsu have also been revealed, and the first key visual has been released.
This work is based on a fantasy comedy manga (published by KADOKAWA) by Mr. “Almost Dead”. Let’s adapt to modern society while talking to her nephew Takafumi about the days when everything went wrong, as the “uncle” who spent 17 years in a coma in a different world of swords and magic. And.
Koyasu plays the leading role in the role of an uncle of a game mania, and Fukuyama is in charge of the role of Takafumi who plans to hit a mountain with the magic that the uncle learned. Komatsu plays Sumika Fujimiya, a childhood friend of Takafumi. In addition, Haruka Tomatsu played the role of a tsundere elf who had a secret love for his uncle in a different world, and he closed his heart by staying in the room, but the descendants of the “ice clan” whose life was derailed by the encounter with his uncle. Aoi Yuki played the role of the girl Mabel, and Aki Toyosaki played the role of Alicia, who gained a title that does not fit her height due to the circumstances of her uncle and the circumstances of an adult.
The first key visual depicts an uncle who poses and shines his glasses, and the elves, Mabel, and Alicia he meets in a different world.
The director will be Shigeki Kawai of “Blue Exorcist Kyoto Impure King” (deputy director), Kenta Ihara will be in charge of the series composition and screenplay, and Kazuhiro Ota will be in charge of character design and animation director. Animation production will be done by Atelier Pontdarc.
In addition, a special video officially approved by SEGA, a game maker that her uncle loves, will be released on YouTube on December 25th. It is said that the uncle who was called to the SEGA headquarters in the wake of the animation will face SEGA’s signboard character.
The full text of the comments from the cast and staff is as follows.
[Takehito Koyasu (role of uncle)]
Finally, I, Takehito Koyasu, will go to another world as the main character !!
I did it! This is an all-you-can-eat paradise!
Uhyotamaran !!
Eh !? Have you come back yet? Eh !? Doyukoto? Uncle or Mister? Isn’t it beautiful?
Lie- !! It’s not a different world thing I know !!
What’s this anime too bad !!
[Jun Fukuyama (role of Takafumi)]
I’m Jun Fukuyama, the role of “Uncle from Another World” Takafumi.
The funny everyday life of the uncle and Takafumi who came back from another world, and the uncle’s life in another world should be a wonderful time where heartfulness, comedy and action coexist! looking forward to! !!
[Mikako Komatsu (role of Fujimiya)]
I’ve seen a lot of people going to different worlds, but this is the first time I’ve seen an uncle returning from another world!
There are a lot of topics about games, so I think there are many stories that are irresistible.
And the characters are both habits and habits, and there are as many habits as tsuwamono … No, they are full of kiwamono.
I think Sumika Fujimiya, who I play, is also an ordinary pretty female college student …!? Look forward to it!
[Haruka Tomatsu (role of an elf)]
It was so interesting at the time that the main character was the concept of an uncle who came back from another world, and I read the original and always burst into laughter (laughs).
She’s a tsundere elf, and she’s a very easy-to-understand and cute girl, so I’ll do my best to bring out her charm.
[Aoi Yuki (role of Mabel)]
I remember seeing the seniors who went out of control at the first dubbing and making a decision.
I also love games, so I can sympathize with the uncle who is composed of me because of my enthusiasm for games and being taught by the game, but I wondered if it was good for him to be able to sympathize with me after running to the end. I want to.
Anyway, I will play Mabel as much as I can.
I hope you enjoy it even a little.
[Aki Toyosaki (role of Alicia)]
I was shocked by the unprecedented unique world view of the original and the presence of the uncle …!
It’s a great honor to be involved in a wonderful work that shines uniquely!
Alicia is a sacred mage girl.
She plays happily and lively to become a bright character that colors her uncle’s adventures in another world.
Please look forward to the story of the uncle who starts to move as an animation!
[Shigeki Kawai (Director)]
It has been more than 20 years since I moved to another world called the anime industry.
I can also use some magic.
This time, I would like to cast a spell that makes everyone smile.
(There are individual differences in effectiveness. There may be a risk of laughter)
Lal Lal Lala’s Isle Her Yule Ellan!
[Kenta Ihara (series composition / screenplay)]
It’s a work that I’m very fond of because I’m the same age as my uncle.
As a person who has been involved in several different world works, I did my best to write the script so as not to lose to my uncle’s passionate SE ○ A love.
Whether you are an uncle or not, please take a look.
[Kazuhiro Ota (character design / animation director)]
All the main staff who are old men will do their best.
Work information
Uncle from Another World Updated December 24, 2021

Work information Event information
Uncle from Another World
Broadcast time 2022 animation
Production company
Atelier Pontdarc
Staff information
[Original] Almost dead (published by KADOKAWA) [Director] Shigeki Kawai [Series composition / Screenplay] Kenta Ihara [Character design / Animation director] Kazuhiro Ota Uncle from Another World
Synopsis
Fall 2017–. His uncle, who was hit by a truck at the age of 17 and had been in a coma for the next 17 years, awoke. When his nephew Takafumi visited the hospital room, he saw his uncle, who muttered incomprehensible words and said he had returned from another world, “Grand Bahamal.” …… My uncle was crazy. Takafumi was utterly disappointed, but his uncle used magic to show evidence that he was in a different world. Takafumi decides to replace his uncle’s power with money and decides to take him away and start room sharing. Adventures in a different world and overflowing Sega love heard in life with an uncle. Takafumi is sometimes delighted and sometimes heartbroken by the lonely and harsh uncle’s half-life. A new sensation different world comedy that unfolds in a corner of the housing complex, two men of different generations who work in the video distribution business!
cast
Uncle: Takehito Koyasu Takafumi: Jun Fukuyama Fujimiya: Mikako Komatsu Elf: Haruka Tomatsu Mabel: Aoi Yuki Alicia: Aki Toyosaki
Related Links
[Official site] https://isekaiojisan.com/

タグ: "Uncle from Another World" will be broadcast in 22 yearsand Takehito KoyasuJun FukuyamaMikako Komatsu and others will also appear in the role of the main characterUncle.