Next-generation voice actor training game "CUE!" Will be made into a TV animation! AiRBLUE 4th single "Saiko no Maho" released on January 6, 2021! 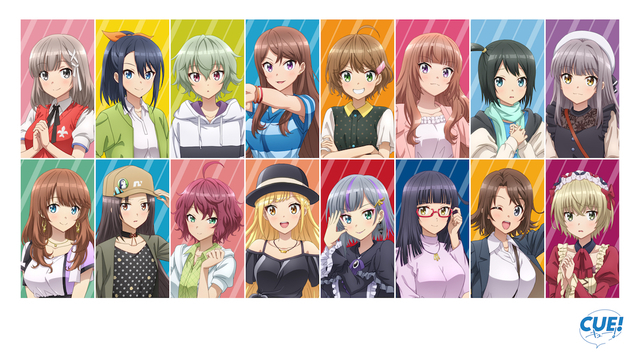 “CUE!” Is 2019 by Liber Entertainment, which is developing a wide range of activities from development to operation of social games and smartphone apps, including “I-Chu”, “A3!”, And “Fleet of Blue Flames”. Next-generation voice actor training game that started service on October 25 (Friday). The sequel to the main story, Season 1.2 “Kaleidoscope,” is currently being distributed, with the content of appointing new female voice actors as a “next-generation voice actor training game” and promoting the training of voice actors as the game develops.
⇒ The official report of the live event “Nice to meet you!” With the main cast of the voice actor training game “CUE!” Has arrived!
This time, at the CUE! 1st Anniversary Party “See you everyday” held on November 1, 2020 (Sun), the TV animation of the next-generation voice actor training game “CUE!” Was announced.
This event was a live event commemorating the 1st anniversary of the game, and it was a nice report from the 16 cast members who gathered at Culttz Kawasaki to the manager (user) who watches over the screen at the venue and distribution.
After the cast was put on the sleeve once after the main part of the live, the TV animation was announced in the form of a video message from Masaki Otori, the president of the voice actor office that appears in “CUE!”. In addition, the first key visual has also been released. 16 main characters of “CUE!” Are newly drawn as animation visuals. The production staff information is based on the original: Liber Entertainment, director: Shin Katagai, series composition: Tatsuhiko Urahata, character design: Motohiro Taniguchi, animation production: Yumeta Company x Graphinica. For other information regarding the decision to animate, please check the CUE! Official website. Details such as the broadcast time will be announced later.
In addition, the release of the 4th single of the unit AiR BLUE by 16 main cast members of “CUE!” Has also been decided. The jacket was also released. The title is “The Best Magic” and the release date is January 6, 2021 (Wednesday). The title song “The Best Magic” is written and composed by Yoshiki Mizuno, who is a living creature, and produced by Yusuke Tanaka (agehasprings). In addition, Sho Watanabe will be in charge of the lyrics and composition, and Tatsuya Kurauchi will be in charge of the arrangement of the coupling “White Line”. It is said that the two songs have a lot of seasonal feeling, so I would like to wait for the release of the audition sound source.
We have decided to make it into a TV animation, and keep an eye on the future movement of the next-generation voice actor training game “CUE!”, Which is celebrating the first anniversary of the app.
[Product information]
■ CUE! 04 Single “The best magic”
Release Date: January 6, 2021
○ First Press Limited Edition (CD + DVD)
PCCG-01960 / 1,800 yen (excluding tax) 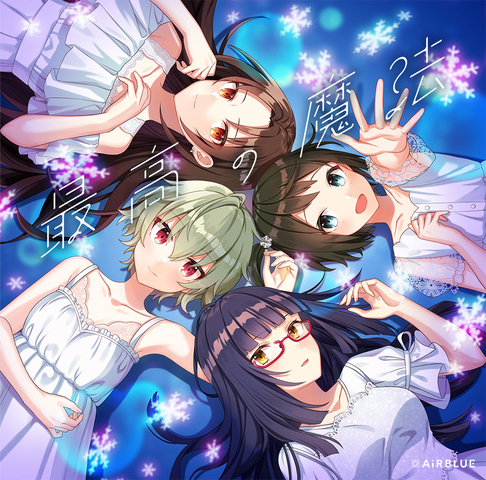 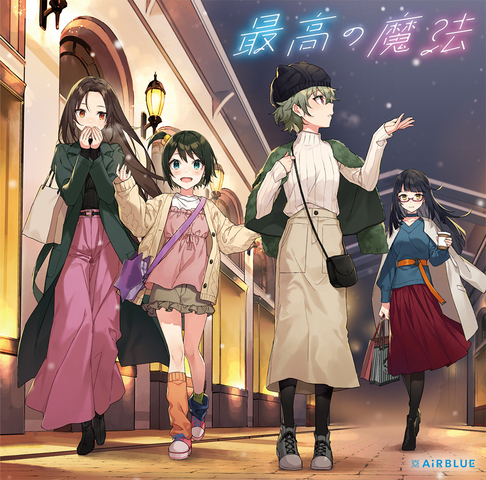 タグ: 2021!Next-generation voice actor training game "CUE!" Will be made into a TV animation! AiRBLUE 4th single "Saiko no Maho" released on January 6