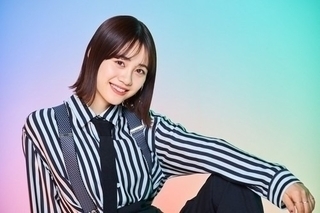 The first place is Miku Ito who was also active as a solo artist!
The last event topic in 2021 is based on the anime hack event calendar (https://anime.eiga.com/event/), and the ranking of voice actors who have been on the stage most in this year is announced! While the number of non-audience and online events has increased, and the event format has changed significantly, such as large-scale comprehensive events being held in real and online, the one who stood on the most stages was– !?
* Rankings are calculated independently by the editorial department based on the information registered in the event calendar (excluding 2.5-dimensional works and musical works).
Miku Ito won first place. In the ranking of the number of event appearances in 2019, Ito, who was second in the ranking, won the top this year (the ranking is not posted in 20 due to the influence of the new coronavirus). In 2009, he played the main character in numerous works and appeared in anime events such as “The Quintessential Quintessential Bride,” “The Aquatope on White Sand,” “Muv-Luv Her Alternative,” and “BanG Dream!”. As a solo artist, she celebrated her 5th anniversary year and was active in single release events and photobook release commemorative events.
Second place is Yusuke Shirai and Shinichiro Kamio. The two familiar cast members of “Hypnosismic -Division Rap Battle-” ranked among the top male voice actors. In 2009, “Hypmai” had 6th live, 7th live, 5th revenge live, anime DVD release event, ABEMA public recording, etc., and the cast members were outstanding. Shirai has many events such as “Hypnosismic”, “Show By Rock”, “Stand My Heroes”, and “Sasaki and Miyano”. On the other hand, Kamio was focusing on reading plays as well as events related to “Hypnosismic”. He also held a fan event for Niconico Channel “Shinichiro Kamio Channel”.
Yuki Kaji, who was the top male in the ranking in 2019, and Nao Toyama, who appeared in events such as “Macross Delta”, “Yurucamp”, and “Kiniro Mosaic”, are ranked in 4th place. As a result of the ranking, the top 12 people are as follows.
1st place Miku Ito
2nd place Shinichiro Kamio, Yusuke Shirai
4th place Yuki Kaji, Nao Toyama
6th place Moeka Koizumi, Soma Saito
8th place Shoya Chiba, Kiyono Yasuno
10th place Haruki Iwata, Junichi Suwabe, Yoshino Nanjo