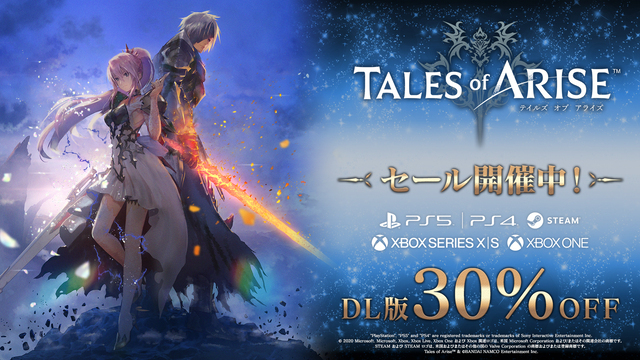 “Tales of ARISE” on sale from Bandai Namco Entertainment has started “Digital Winter Sale” on each platform. A commercial using the grand theme “Blue Moon” by Ayaka was also released.
As the latest work of the 25th anniversary of the “Tales of” series, “Tales of Arise” has undergone significant evolution in addition to inheriting the tradition of the series. It was released on PS5 / PS4 / Xbox one / Xbox Series X | S / STEAM in September 2021 for successive fans and RPG fans living in a new era.
⇒ Camping, fishing, cooking! Introducing the system of “Tales of ARISE” with a video! Interview video of the song, Motoi Sakuraba!
https://japaneseanime3315.seesaa.net/article/484936627.html?1640322158
We have developed the “Atmos Shader”, which is an original refinement of the familiar illustration-like fantasy expression while taking advantage of the performance of the latest platform. We have created a highly immersive art style that harmonizes the changing light, atmosphere, and existential character expression.
The “Tales of ARISE” has started “Digital Winter Sale” on each platform. During the period, you can purchase various digital limited editions including the regular edition at 30% off.
Check each store or the sale information page (https://dl-scp.bn-ent.net/) for details.
* Sale end time varies depending on the platform.
▼ STEAM target titles
・ Tales of Arise
・ Tales of Arise: Deluxe Edition
・ Tales of Arise: Ultimate Edition
▼ PS4 / PS5 target titles
・ Tales of Arise
・ Tales of ARISE: Ultimate Edition
・ Tales of ARISE: Deluxe Sound Edition
・ Tales of ARISE: Deluxe Costume Edition
At the same time, a 15-second commercial using the song “Blue Moon” written as a “Grand Theme” based on the theme and concept of this work is also released.
“Blue Moon” is being distributed by each music distribution service.
▼ [Tales of ARISE] Ayaka “Blue Moon” 15 seconds CM
https://youtu.be/eYlDZtcus90 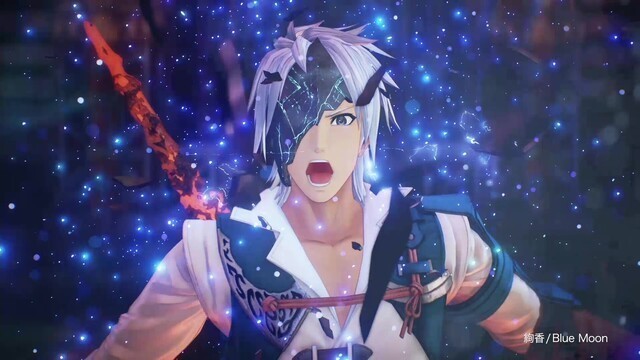 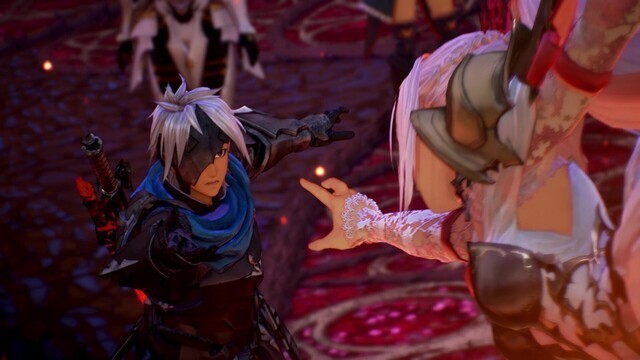