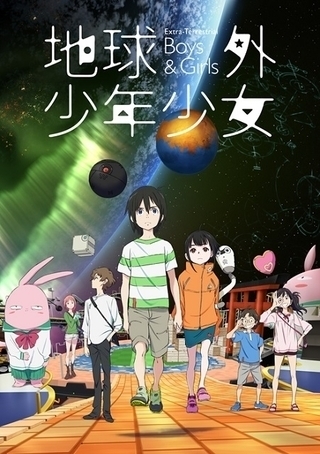 (C) MITSUO ISO / avex pictures / Orbital Children’s Production Committee
The main cast of the original anime “The Orbital Children”, in which Mitsuo Iso of “Denno Coil” is the original, scriptwriter, and director for the first time in 15 years, has been announced, with six appearances including Natsumi Fujiwara, Azumi Waki, and Kensho Ono. Was decided. It has also become clear that the theme song will be handled by virtual rap singer Harusaruhi, and this notice and main visuals have been released.
Set in 2045, when the development of AI made it possible for anyone to go to outer space, the moon-born children and children who came to space travel from the earth suffered a disaster at the space station “Anshin”. It depicts the situation of being hit and facing the crisis of humankind.
Fujiwara is the earth-hating hacker, Toya Sagami, who was born on the moon, and Nanase, B, and Kokoroha, who are childhood friends of Toya (* “B” is the official notation of the Cyrillic letter “B”). Ono plays Taiyo Tsukuba, an honor student with a strong sense of justice who came to the space station on the “Travel Tour”. Chinatsu Akasaki is the role of Chinatsu Akasaki, a net idol who wants to become famous on a space scale, Yumiko Kobayashi is the role of Dr. Taneshima, who is Miina’s younger brother and loves space, and Mariya Ise is the role of Nasa Houston who works as a nurse at the station. Is in charge.
The theme song title sung by the virtual rap singer Harusaruhi, who belongs to KAMITSUBAKI STUDIO, is “Oarana”. The sound source has been released for the first time in this notice. 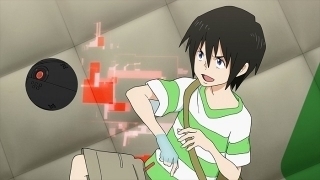 In this notice, children born on the moon and children who came to space travel for the first time from the earth, each appearance scene is recorded with voice. They are depicted as having a lively life at the space station, being thrown into a confined space due to a big accident in which a comet collides with the station, and confronting various difficulties. In addition, a mysterious prophecy called “Seven Poem” left by AI, which is considered to be the most intelligent in history, has also appeared.
The main visual is drawn by character designer Kenichi Yoshida. Six main characters and a mascot character wearing a sailor suit are drawn against the background of the vast earth and the shining aurora seen from a corner of the space station “Anshin”. The director Mitsuo Iso is in charge of shooting the visual, and it is said that the keywords of the story such as mysterious symbols are scattered everywhere. (C) MITSUO ISO / avex pictures / Orbital Children’s Production Committee
In addition, a screening theater has also been decided. From January 28th to February 10th, the first part “Messenger from outside the earth”, from February 11th to February 24th, at 10 theaters nationwide, including Tokyo / Shinjuku Piccadilly, Aichi / Midland Square Cinema, and Osaka / Namba Parks Cinema. The second part, “The Story of the Beginning,” will be screened for two weeks each. As a bonus for visitors, in the first part, a mini-shikishi drawn by Director Iso, Yoshida, and Toshiyuki Inoue, the main animator, will be distributed at random, and in the second part, duplicates of the original drawings selected by the three people from their respective scenes will be randomly distributed. Mubichike advance tickets with character smartphone wallpapers are on sale online.
At each screening theater, theatrical release limited edition Blu-ray and DVD will be sold in advance. With a sleeve case specification drawn by Yoshida, storyboards including cut scenes and full-length audio commentary by director Iso and other staff will be recorded as a privilege. From January 28th, Netflix will start distributing all 6 episodes, which are equivalent to the pre- and post-theatrical version.
The full text of the comments from the six main cast members, Harusaruhi, is as follows.
[Natsumi Fujiwara (role of Toya Sagami)]
At last, the new work by Director Iso is … !! I was very excited about it, and I became more involved, so I challenged the recording with a lot of surprise and joy.
This time, the universe is set in the future a little more than now, but the excitement that this kind of thing may really be realized in the future a little ahead, as I experienced at the time of “Denno Coil”, is this work. However, it is studded with a lot, so I hope you will feel the excitement and at the same time be interested in the universe as much as possible.
Please look forward to it! Thank you.
[Azumi Waki ​​(role of Nanase, B, Kokoroha)]
I played Kokoroha to the best of my ability. Azumi Waki! “The Orbital Children” is a work that makes us think about our future. Humans born on the moon, humans born on the earth, and AI will change the future … Someday, such a day may really come! Maybe it’s a story in the near future! I hope that as many people as possible will be interested in the universe through this work! I also want to try spacewalking someday (laughs)!
After recording, it took a lot of time to record. I recorded it while trying to communicate with the director in detail, so I think that I will be drawn into the character and the world view by that much. In addition, there are also lines and productions unique to Iso, who worked on “Denno Coil”, so I hope you enjoy it!
[Kensho Ono (role of Taiyo Tsukuba)]
I’m Kensho Ono, who played the ocean of Tsukuba. The ocean was a white hat hacker with a strong sense of justice, and it was a very rewarding role to have both an adult side and a child side, and to be shaken by whether to stick to his beliefs.
The work itself has a good tempo, and above all, it is a wonderful work that makes us think that we may be able to go to space someday. Please take a look!
[Chinatsu Akasaki (role of Miina Misasa)]
It was a dubbing that was reconstructed from the inside by scraping off unnecessary things. I think that I was able to take a closer look at the movement of the character’s mind and the expression of the physical condition unique to outer space by proceeding very carefully.
Please take a look at the breathtaking beauty of the universe and the boys and girls who confront the fear of the unknown!
[Yumiko Kobayashi (Dr. Tanegashima)]
It’s been 15 years since “Denno Coil”, and I’ve been excited about the new film directed by Iso since the audition. In the dubbing, there was acting guidance that was particular about every word, and the director, staff, all the cast, there was no way to put in the heat for this work …… !!
In this work, like the previous work “Denno Coil”, I played the role of a younger brother who was at the mercy of his sister. It was fun to play the role of a sloppy younger brother (laughs)
“The Orbital Children”, this work will burst the talent of director Mitsuo Iso in space !! Everyone !! Look forward to it !!
[Mariya Ise (role of Nasa / Houston)]
At the dubbing site, I was immersed in the world of Mitsuo Iso, and spent a unique time facing the character, the sound director, and the director Iso through trial and error.
It feels like I’m looking for a shapeless correct answer while floating in a wide universe in front of the microphone. In a word, it was [loneliness]. …… If this was the aim of the directors !? I want to speed up the answer.
The long-awaited new work by director Mitsuo Iso. Stay tuned !!!!
[Harusaruhi (theme song artist)]
This time, I, Harusaruhi, was in charge of the theme song of Mitsuo Iso’s latest animation “The Orbital Children”. For me, who grew up watching “Denno Coil” when I was little, I am very happy to be involved in the new work of Director Iso with music!
The theme song “Oarana” is a song with a taste that I have never sung before, and it was a challenge for me. It’s a wonderful song with a magnificent and beautiful story that matches the world of anime. I hope you enjoy it together with the anime at the movie theater or at home.
It was Harusaruhi. Well then. 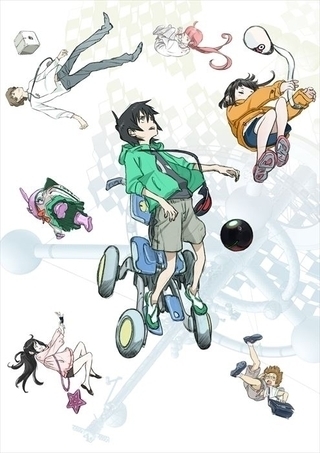