"Dance Dance Danseur" will start broadcasting in the "Super Animeism" frame from April 2010. 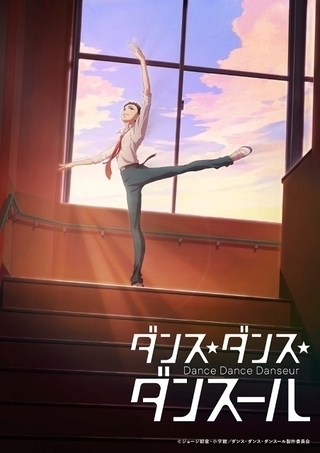 22 volumes of the original book will be released on December 28th
(C) George Asakura Shogakukan / Dance Dance Danseur Production Committee
It turned out that the TV anime “Dance Dance Danseur” will start in April 2022. It will be aired in the MBS / TBS anime frame “Super Animeism”.
This work is based on the manga by George Asakura, who is serializing in “Weekly Big Comic Spirits”. Junpei Murao, a second-year junior high school student, is depicted working on ballet. Munehisa Sakai of “Zombie Land Saga” will be the director, and MAPPA will be in charge of animation production.
Work information

Work information Event information
Dance Dance Danseur
Broadcast time 2022 spring animation
Production company
MAPPA
Staff information
[Original] George Asakura (“Weekly Big Comic Spirits” published by Shogakukan) [Director] Munehisa Sakai [Series composition] Yoshimi Narita [Character design] Hitomi Hasegawa Dance Dance Danseur
Synopsis
The main character, Junpei Murao, is in the second year of junior high school. He was fascinated by ballet when he was young, but after the death of his father, he gave up on the path, saying, “I have to be a man.” Junpei, who learned martial arts and Jeet Kune Do while hiding his unfamiliarity with ballet, became a popular person in the class, but one day a transfer student, Godaito, appears in front of him. In the city where her mother runs a ballet studio, her interest in ballet is spotted and she is invited to do it together– !?
Related Links
[Official site] https://danseur-anime.com