"The Saga of Tanya the Evil" will be rebroadcast on TOKYO MX and others from Wednesday, January 5th!

“The Saga of Tanya the Evil” will be rebroadcast on TOKYO MX and others from Wednesday, January 5th! Blu-ray BOX March 30th release commemoration 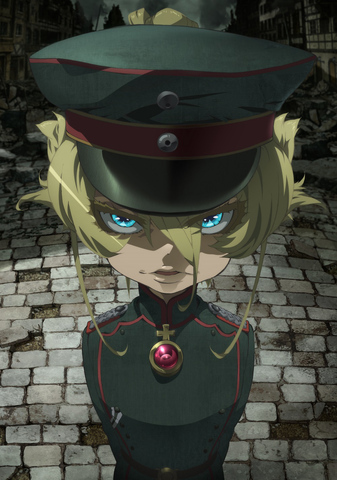 The Blu-ray BOX of the TV anime “The Saga of Tanya the Evil” will be released on March 30, 2022 (Wednesday). In commemoration of that, it was decided to rebroadcast from Wednesday, January 5, 2022.
The original, which was published as a WEB novel and was made into a book by the KADOKAWA Hobby Book Editorial Department, has exceeded the cumulative circulation of 9.5 million copies in the series. The movie version will be released in 2019, and the production of the second period of TV animation will be announced, and the popular anime “The Saga of Tanya the Evil” will not stop momentum.
The masterpiece TV animation that set a new monument to Senki Fantasy will finally be made into a Blu-ray BOX and will be released on March 30, 2022 (Wednesday).
As a new benefit of the Blu-ray BOX, a digipak drawn by character designer Yuji Hosogoshi is included. Then, a reprint of the war situation report newspaper distributed at the time of TV broadcasting is recorded.
In addition, it has a full range of benefits such as a novel written by the original author Carlo Zen, a manga collection drawn by Chika Tojo, who works on comicalization, a special booklet, and audio commentary.
[Work information]
■ TV Anime “The Saga of Tanya the Evil” Blu-ray BOX
Price: 24,200 yen (tax included) / ZMAZ-15391
Contents: All 12 episodes + bonus footage
Benefits every time:
(1) Character design, Digipak drawn by Yuji Hosogoshi
(2) Novel written by the original author Carlo Zen (with illustrations drawn by Shinobu Shinotsuki, the original character design)
③ Special booklet
④Comicized manga collection drawn by Chika Tojo
⑤ Audio commentary
・ Aoi Yuki x Saori Hayami
・ Aoi Yuki x Shinichiro Miki
・ Yutaka Uemura x Kana Haruto x Hiromi Taniguchi
⑥ Special illustration card
⑦ Reprinted war situation report newspaper
⑧ Bonus video
・ Petit character animation “Yojoshenki” (# 00 ~ # 12)
・ Non-credit OP & ED
・ WEB notice
・ PV / CM collection
* ② to ⑤ and ⑧ are re-edited and re-recorded versions of the bonus items enclosed in the products released in the past.
[Rebroadcast information]
TOKYO MX: From January 5, 2022, every Wednesday from 25:35
KBS Kyoto: From January 5, 2022, every Wednesday from 25:35
Sun TV: From January 5, 2022 Every Wednesday from 26:00
BS11: From January 7, 2022 Every Friday from 25:00

タグ: "The Saga of Tanya the Evil" will be rebroadcast on TOKYO MX and others from WednesdayJanuary 5th!