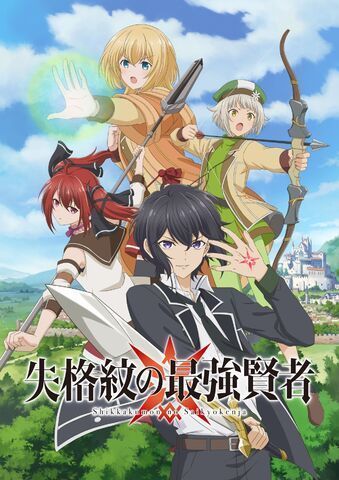 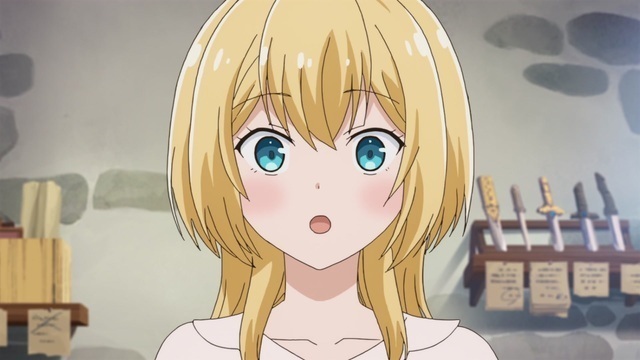 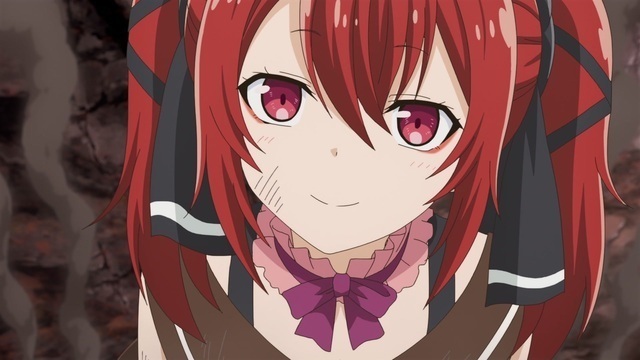 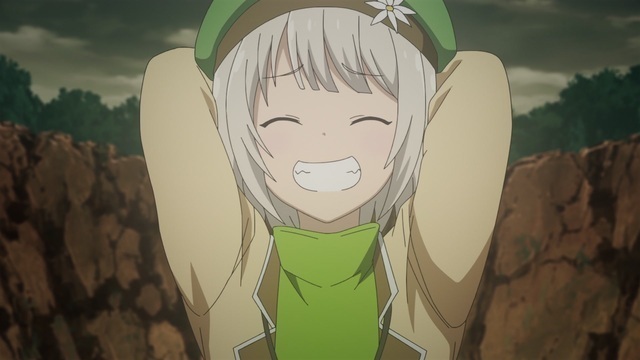 Furthermore, in commemoration of the release of PV, 25 people can be used in Godiva and Marion Crepe by lottery on the official anime Twitter! We are running a campaign to win 1,000 yen worth of sweets to choose from!
“The Strongest Sage With Disqualification” TV Anime Official
@shikkakumon_PR
https://twitter.com/i/status/1472854293334171648·
December 20, 2021
️ The second PV of the TV anime “The Strongest Sage With Disqualification” has been released! 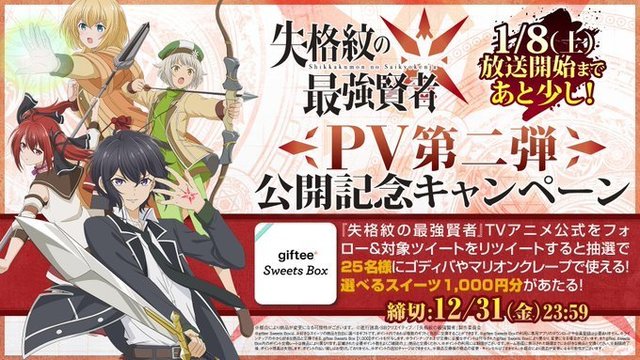 Follow this account & RT this tweet to use it in Godiva and Marion Crepe! Selectable sweets 🍰 1,000 yen worth of campaigns will be held! #Disqualification Crest
Application period: 2021/12/20 (Monday) -12/31 (Sunday) 23:59
Prize: 1,000 yen worth of sweets to choose from (giftee Sweets Box 1000pt)
How to participate: Follow the official Twitter of “The Strongest Sage With Disqualification” and retweet the target tweets.
[Work information]
■ TV anime “The Strongest Sage With Disqualification”
TOKYO MX: Every Saturday from 22:00 on January 8th
BS11: Every Saturday from 22:00 on January 8th
Sun TV: Every Saturday from 22:30 on January 8th * First broadcast only 23: 00 ~
AT-X: Every Tuesday from 23:00 on January 11th
(Repeat broadcast: Every Thursday 11: 00 ~ / Every Monday 17: 00 ~)
Nico Nico Live Broadcast: From Wednesday, January 12th, every Wednesday from 24:30
d Anime Store, Netflix, Amazon Prime Video, Manga UP! Others will be delivered sequentially from 24:00 on Wednesday, January 12th.
Matthias-Hildesheimer: Nina Tamaki
Rurii-Arvent Lot: Sayumi Suzushiro
Alma-Repsius: Haruka Shiraishi
Iris: Shiori Izawa

Original: Shinkoshoto (GA Novel / SB Creative)
Character draft: Fuka Fuka
Director: Noriaki Akitaya
Series composition: Hiroki Uchida
Animation production: J.C.STAFF
Opening theme: fripSide “Leap of faith”
Ending theme: Yuki Nakashima “Day of Bright Sunshine”
Although touted as the strongest wizard in the world, [Sage] Gaias felt the limit to the performance of the innate emblem.
The steps he took to change his coat of arms-it gains a new body by reincarnation!
He reincarnated in the world of the distant future and got the name Matthias, the “best emblem for magical combat” he was looking for.
However, the emblem was called “disqualified emblem” for some reason in this era …!
In this world over time, magic has declined and low-level magic theory has been dismissed.
Matthias, a boy who has the strongest “disqualification crest” in magical battle and the wisdom of a wise man, breaks down the common sense of the world one after another!
Another world emblem fantasy, opening here!
[Original novel]
GA Novel “The Strongest Sage With Disqualification” (SB Creative)
Author: Shinkoshoto Illustration: Fuka Fuka
The latest 14 volumes will be released around January 15, 2022!
[Comicalize]
Volumes 1 to 17 are on sale (as of December 2021)!
Original: Shinkoshoto Manga: Liver Takumi & Friendly Land Character Draft: Fuka Fuka
(C) Shinkoshoto / SB Creative / “The Strongest Sage With Disqualification Crest” Production Committee