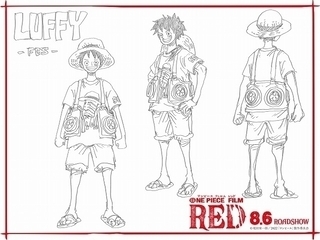 Announced at “Jump Festa 2022” Super Stage!
(C) Eiichiro Oda / 2022 “One Piece” Production Committee
The setting picture of the 15th movie “ONE PIECE FILM RED” of the popular anime “ONE PIECE” feature film series has just been unveiled. It is a movie original “festival costume” drawn by the original author, Eiichiro Oda.
“ONE PIECE FILM RED” is also the fourth work in the “FILM series” following “ONE PIECE FILM STRONG WORLD”, “ONE PIECE FILM Z” and “ONE PIECE FILM GOLD”, and Mr. Oda is the general producer. On November 21, public information was announced in the anime broadcast that reached 1000 episodes. At the same time, the ban on special news and teaser visuals has also been lifted, and fans said, “Finally, red hair starts to move !?” Comments filled with joy and anticipation such as “Tah” were received, and the “ONE PIECE whirlwind” was created, with Twitter’s number one global trend and related words sweeping the trend all day long. 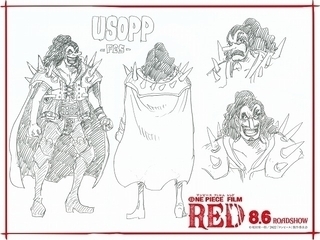 (C) Eiichiro Oda / 2022 “One Piece” Production Committee
This setting picture was unveiled for the first time in the “ONE PIECE” Jump Super Stage at the joint event “Jump Festa 2022” sponsored by Shueisha’s 5 Jump magazines. In this movie, the Straw Hat Pirates seem to participate in a “music festival” on an island. The setting picture depicts the Straw Hat Pirates in fashion, like going to a midsummer outdoor concert. 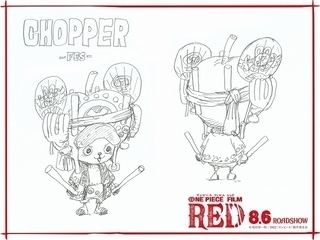 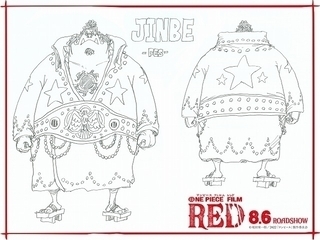 (C) Eiichiro Oda / 2022 “One Piece” Production Committee
Luffy, who usually wears short-sleeved clothes, has a large T-shirt and a vest with a fan for a summer festival. Usopp paints the entire surface of his face and seems to be enjoying the festival to his heart’s content in a rock fashion with a high-impact cloak. The chopper is dressed like an idol fan, wearing a happi coat, a headband and a fan on his head, a glow stick in his hand, and a can badge on his hat and trousers. There is. In addition, Jinbe, which will be the first appearance in the movie version, depicts a group of people trying to enjoy the festival as they wish, such as wearing rock musician-style costumes.
The state of the “Jump Festa 2022” super stage will be archived for a limited time on the “ONE PIECE Official YouTube Channel” (https://www.youtube.com/c/onepieceofficial) from December 22nd. The contents include a live dubbing project of 1000 episodes of the original by the Straw Hat Pirates cast, a crying famous line, and a movie content prediction of the cast members.
“ONE PIECE FILM RED” is directed by Goro Taniguchi and written by Tsutomu Kuroiwa. It will be released nationwide from August 6, 2022.
For movies, movies.com
Work information Updated November 22, 2021
Work information Event information
ONE PIECE FILM RED 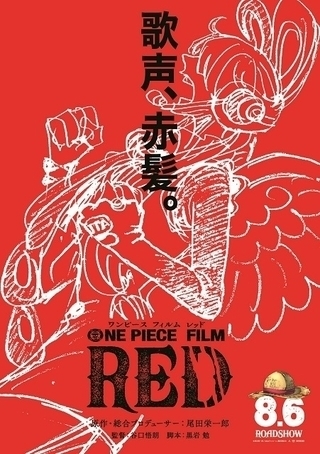