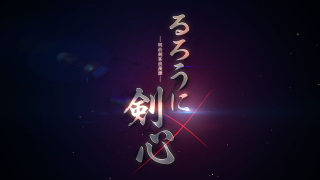 It has been revealed that a new TV animation project for “Rurouni Kenshin -Meiji Kenkaku Romantan-” is underway. It was announced on December 19th in the “Jump Festa 2022” program. The animation production is handled by Liden Films of “Tokyo Revengers”, and the teaser PV is also released.
“Rurouni Kenshin -Meiji Kenkaku Romantan-” is a popular comic by Nobuhiro Watsuki, who has a cumulative circulation of over 72 million copies worldwide. It was serialized in “Weekly Shonen Jump” from 1994 to 1999, and now the sequel “Hokkaido” is serialized in “Jump Square”. It was made into a TV animation in 1996, a theater animation in 1997, and three OVAs have been announced since 1999.