[This 2.5D is amazing] The impressive new theatrical expression "Physical Live" of "World Trigger the Stage" 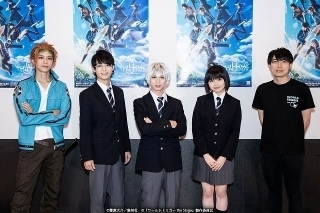 (C) Daisuke Ashihara / Shueisha (C) “World Trigger the Stage” Production Committee
A popular manga “World Trigger” that depicts the battle between invaders from another world and the borders of defense organizations. This work, which is currently being broadcast in the 3rd season of anime, has finally been staged. Speaking of “World Trigger”, it is a science fiction work that fights with bioenergy called Trion. When I learned about the stage, I was wondering what the battle scene would be like. How does “World Trigger the Stage”, which started on November 19, represent the world of “World Trigger”?
New theatrical expression “Physical x Live performance”
When I entered the theater, there was a big cube-like set on the stage, and I felt a little inorganic. The new theatrical expression “Physical x Live performance” devised for this work was also talked about before the performance, but is that related to this set? 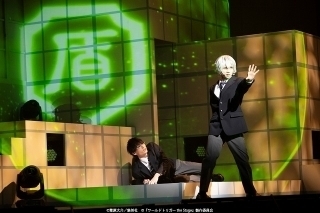 (C) Daisuke Ashihara / Shueisha (C) “World Trigger the Stage” Production Committee
The story begins when Keisuke Ueda plays Yuma Sora and Takuya Mizoguchi plays Osamu Mikumo. Borders activate their own triggers during battle. A trigger is a weapon that consumes and uses a trion of personal bioenergy. The amount of trion varies from individual to individual. Even if you use the same trigger, the strength will change depending on the amount of trion.
Thanks to the three-dimensional set, the images projected on the set centering on the battle scene seemed to be sucked into the world of “World Trigger” with the feeling that the trion spreads throughout the venue.
Norihito Nakayashiki, the scriptwriter and director, commented on the particulars of this work, “To counter the wonderful world view of the original, we named it” Physical x Live performance “this time. By joining Mr. Stick and Mr. Yasutomo (KoRocK), the actors are performing a danceable and dynamic performance on the stage, and the exciting music by Mr. GIRA MUNDO will delight your ears. ” And comment. I enjoyed the next scene with excitement because the switching was noticeable.
How to express the charm of the original on the stage is an important factor in enjoying the 2.5-dimensional stage. Depending on the stage, the unique production attracts attention, but when it comes to “World Trigger the Stage,” I was impressed with the physical performance.
Creating a role that is close to the character 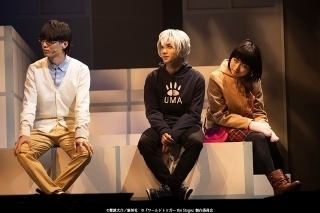 (C) Daisuke Ashihara / Shueisha (C) “World Trigger the Stage” Production Committee
As attractive as the physical live, the expressiveness of the actors. That can be seen in the comments made by Mr. Ueda when he played Yuma.
“I play the role of 15 years old, which is 17 years different from the actual age, but the age setting of the role to play is not so important, and how to be close to the character and be yourself is the shortest route to get closer to the role. I think it’s the most important thing. I’m wearing school uniform, but I didn’t care too much, and I went to practice while pursuing the meaning of Keisuke Ueda being selected as Yuma Kukan every day. ”
I was able to meet the same people as the original, such as Yuma, who has a straight and easy-going personality, and stubborn and serious training. Like Mr. Ueda, it is probably the result of the actors being close to each character.
“World Trigger the Stage” is expected to be the 2nd and 3rd because the original work is still going on. Following the Tokyo performance, the Osaka performance is scheduled from December 5th.