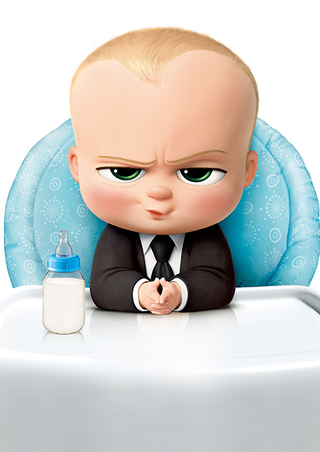 The latest work is finally released
(C) 2021 Dreamworks Animation LLC. ALL RIGHTS RESERVED.
From 9:00 pm on December 17, the first day of the release of the latest series “Boss Baby Family Mission”, the previous work “Boss Baby” will be broadcast for the first time on NTV’s “Friday Road Show” uncut.
This work is an animated movie that depicts the adventures of 7-year-old Tim and “Boss Baby”, who looks like a baby but is inside an old man. Director Tom McGrath of the “Madagascar” series picked up the megaphone. In Japan, it was released in theaters in 2018, and recorded a huge hit with box office revenue of over 3.4 billion yen, the highest in the history of DreamWorks Animation. In the Japanese version, Tsuyoshi Muro played the voice of Boss Baby, Kyoko Yoshine played the voice of his brother Tim, and Mamoru Miyano, Otoha, Akira Ishida of “NON STYLE”, and Koichi Yamadera also participated as voice actors. There is.

(C)2021 Dreamworks Animation LLC. ALL RIGHTS RESERVED.
One day, a younger brother comes to Tim, a 7-year-old boy who receives the love of his parents. The baby, dressed in a black suit, was a cute baby in front of his parents, but in front of Tim, he was a “Boss Baby” who insisted, “I’m the boss!” In fact, Boss Baby is not an ordinary baby, but a businessman who came to an industrial espionage. Boss Baby, who wants to get the job done and get back to work sooner, and Tim, who wants to get back to life with his parents, work together to embark on a big adventure.
The sequel “Boss Baby Family Mission” is set 25 years after the previous work, and depicts the brother Tim, who became a full-time husband raising two daughters, and the younger brother Ted, who became the elite president. Is done. And the Boss Baby who drank super milk and “returned the baby” will challenge the mission to save the world. 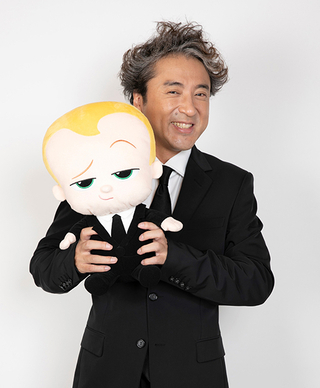 (C)2021 Dreamworks Animation LLC. ALL RIGHTS RESERVED.
Muro, who is in charge of the voice of Boss Baby in response to the decision to broadcast the previous work, commented, “Please see it before watching the new work or after watching the new work on the first day!” The full text of Muro’s comments and the upcoming broadcast lineup of the “Friday Road Show” are as follows.
[Muro Tsuyoshi]
Finally, on December 17, the latest work of the “Boss Baby” series “Boss Baby Family Mission” will be released in theaters.
This time, in order to save the family and the world, the grown-up Boss Baby returns with super milk and rampages. It’s a work that you can laugh and enjoy, so please take a look at the theater!
Furthermore, on December 17th, it was decided that the previous work “Boss Baby” will be broadcast at the “Friday Road Show”!
The highlight is, first and foremost, the baby who appears to a family suddenly speaks in the voice of Ossan. There will also be babies who are unique and have their own special skills. No way, there are babies who talk so fluently without knowing it! ??
What is the organization above it? I hope you will pay attention to such a place and enjoy it. Please take a look before watching the new work or after watching the new work on the first day! looking forward to! !!
[“Friday Road Show” future broadcast lineup]
◆ November 19 “Ana and the Snow Queen 2” (First broadcast, uncut main story)
◆ November 26, “Harry Potter and the Goblet of Fire” (30 minutes expansion of broadcast frame)
◆ December 3 “Harry Potter and the Order of the Phoenix” (broadcast frame expanded by 30 minutes)
◆ December 10 “Theatrical version release commemoration!” Your Turn to Kill “completely new shooting special !!”
◆ December 17 “Boss Baby” (first broadcast, uncut main story)