Nature education picture book "Insect Land" by Teruyuki Kagawa, who loves insects, will be animated on E-Tele in April. 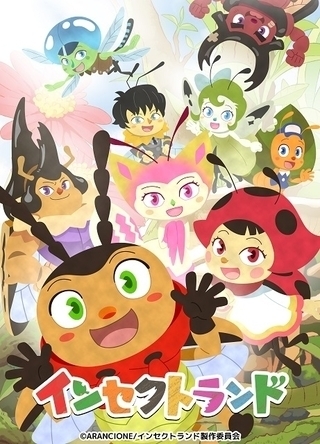 (C) ARANCIONE / Insectland Production Committee
It has been decided to animate the series of natural education picture books “INSECT LAND” (published by Kodansha) by Teruyuki Kagawa, an actor who is known as a big insect lover and also serves as an education support ambassador for children of the Ministry of Education, Culture, Sports, Science and Technology. Broadcast on NHK E-Tele from April 2022.
“INSECT LAND”, which started in 2020 and has been released up to the 6th edition, is a series of picture books where you can enjoy learning about the ecology of insects through the daily lives of cute insects living in the insect country “Insect Land”. It also includes educational elements such as SDGs (Sustainable Development Goals) and has been selected as a recommended book by the United Nations Decade on Biodiversity Japan Committee. On YouTube, a story-telling video by Kagawa is also available.
In the anime version, Kagawa himself will be the executive producer, and French creator Thomas Romain will continue to be in charge of the character draft from the picture book series. The director will be Jun Kawagoe of “Soreike! Anpanman”, and the animation will be produced by Toms Entertainment of “Soreike! Anpanman” and “Detective Conan”.
A teaser promotion video depicting the days of unique insects such as hotaria parvula, orchid mantis, stag beetle, and beetle in “Insect Land” and the main visual of insects are also released.
Below are comments from Kagawa.
[Teruyuki Kagawa (Executive Producer)] 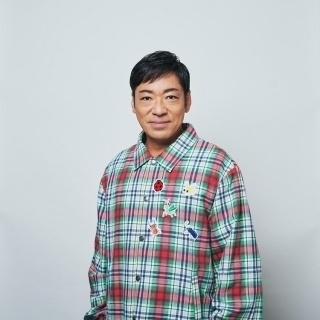 The nature education picture book “INSECT LAND” will be announced in a pandemic that has made it difficult for us to put ourselves naturally.
I was keenly aware that society, the environment, and the economy are circulating in the Corona disaster, but I believe that the SDGs are to improve this circulation, and I especially want to contribute to the learning of children. I am.
Animating on E-Tele is a great pleasure to have the opportunity to contribute equally to children all over Japan.
Fun and cute characters drawn by French creator Thomas Romain convey “the power to live” through the ecology created by the evolution of 500 million years.
We hope that the insects of Insectland will help make the coexistence of humankind and this planet sustainable. 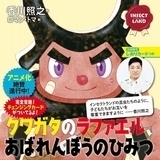