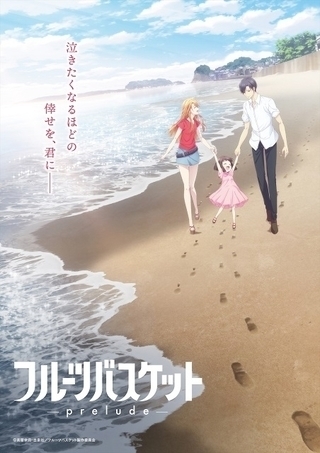 (C) Natsuki Takaya / Hakusensha / Fruit Basket Production Committee
The special video of “Fruit Basket -prelude-” and the second visual have been released.
This work will be screened in theaters with a new video added to the omnibus of the TV series “Fruit Basket”, which was broadcast for all three periods from 19 to 21 based on the girl’s manga by Natsuki Takaya. In the new part, “The story of Kyoko and Katsuya”, which depicts the appearance of the days of Tohru Honda’s parents, who is the main character of the main story, will be visualized for the first time, and “Tohru and Kusa” drawn by the original author Natsuki Takaya. “The story after Maho” is also recorded.
The 50-second special news video focuses on the story of Kyoko and Katsuya, which reveals the past of Tohru’s mother, Kyoko (CV: Miyuki Sawashiro) and her father, Kyoko (Yoshimasa Hosoya). Kyoko, who was an unmanageable defect when she was young, meets Katsuya, a stranger who came as an educational trainee, and is gradually attracted to each other.
The second visual is an illustration of a happy family, with Kyoko and Katsuya holding hands with young Toru and walking along the beach, along with a catch phrase, “Give me a crying cry.” Book posters and leaflets using this visual will be posted at each screening theater.
The Mubichike card with the A4 clear file featuring the first visual drawn by Mr. Takaya will be on sale from December 17th at each screening theater and other venues. The price is 1500 yen.
“Fruit Basket -prelude-” will be screened at theaters nationwide from February 18, 2022.