The latest movie version of "Detective Conan" is "Halloween Bride"! 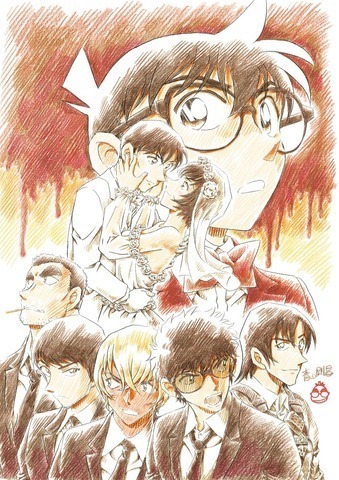 The official title of the latest work, which will be the 25th movie version of “Detective Conan”, has been decided as “Detective Conan Halloween Bride”. At the same time, a teaser visual drawn by the original author, Gosho Aoyama, will be unveiled, depicting the story, the appearance of five “police academy groups” such as Rei Furuya, and the appearance of detective Sato in a wedding dress and detective Takagi in a black tie. Was done. 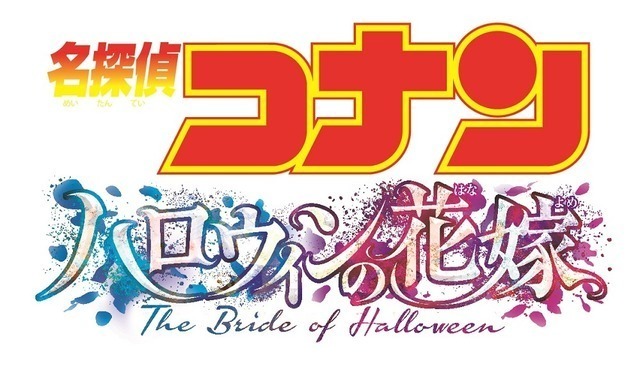 The stage of this work is Shibuya, Tokyo, which is crowded with the Halloween season.
A wedding ceremony was held in Shibuya Hikarie. There is a bride of Detective Sato of the Metropolitan Police Department dressed in a wedding dress. While the invited guests of Conan and others are watching, a thug who suddenly invades attacks and detective Takagi who tries to protect is injured. Takagi survived and the situation was settled, but Sato’s eyes had the image of a god of death that he saw when Detective Matsuda, who had been thinking about him, was killed in a series of bombings three years ago. It was visible overlapping with.
At the same time, the criminal of the continuous bombing incident escaped from prison. Rei Furuya (Toru Amuro) of the public security police hunts down the person who was the cause of burying his synchronous detective Matsuda, but a person in a mysterious costume that appears there attaches a collar bomb.
Conan visits an underground shelter where Amuro is hiding to release the collar bomb, and encounters an unidentified costume bomber “Pramya” in Shibuya with fellow members of the now-deceased police academy three years ago. Listen to the story. Eventually, a disturbing shadow aimed at Conan and others who are proceeding with the investigation.
The teaser visuals written by Takemasa Aoyama include Rei Furuya (Toru Amuro), Jinpei Matsuda, Kenji Hagiwara (Metropolitan Police Department Security Department Mobile Task Force Explosives Disposal Group / Line of Duty Death), and Hiromitsu Morofushi (Tokyo Metropolitan Police Department Public Security Department affiliation / Furuya’s) Depicted by five people, a close friend who called himself Scotch when he infiltrated the organization in black / Martyrdom) and Ko Date (Metropolitan Police Department Criminal Investigation Division 1 Forced Criminal Section 3 / Martyrdom).
In addition, detective Sato in a wedding dress and detective Takagi in a black tie look happily at each other. What kind of feelings does Detective Sato have in the copy “Eternal love, can I swear?”
What kind of progress will the love pattern of the Sato-Takagi couple, who is famous in the Metropolitan Police Department, make? Also, how do you get involved in the story when the members of the police academy other than Furuya are already in the line of duty? It’s going to be a development that you can’t take your eyes off.
“Detective Conan Halloween Bride” will be released on April 15, 2022 at Toho affiliates nationwide.
Original: Gosho Aoyama “Detective Conan” (serialized in Shogakukan “Weekly Shonen Sunday”)
Voice appearances: Minami Takayama, Wakana Yamazaki, Rikiya Koyama and others
Produced by: Shogakukan / Yomiuri TV / NTV / ShoPro / Toho / Toms Entertainment
Distribution: Toho
(C) 2022 Gosho Aoyama / Detective Conan Production Committee