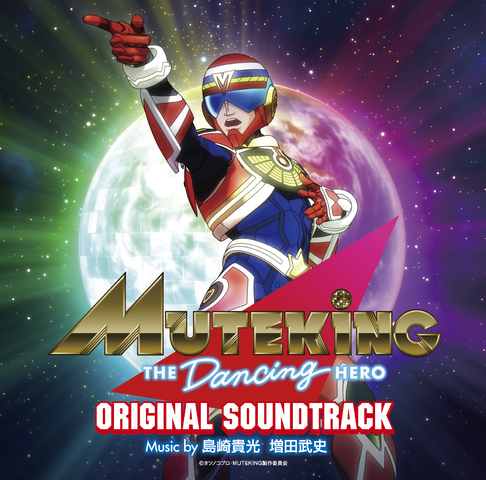 A city pop soundtrack with songs by Akiko Yano and Mariya Takeuchi! “MUTEKING THE Dancing HERO” Original Soundtrack Release Commemoration ── Composer: Takamitsu Shimazaki / Takeshi Masuda Interview
Purchase “MUTEKING THE Dancing HERO Original Soundtrack”
Premium Bandai
Animate
Amazon
Rakuten
While the 1980 animation “Muteking, The Dancing HERO” produced by Tatsunoko Production has reached its climax with the reborn reboot work “MUTEKING THE Dancing HERO”, a set of 2 CDs containing all 43 songs accompanying the play. The original soundtrack was released on December 1, 2021.
Mariya Takeuchi’s song “Plastic Love” was played at the beginning of the first episode, and what was the music design of this work that surprised not only anime fans but also “city pop” fans who are talking about these days. Is it? We interviewed Takamitsu Shimazaki, the composer who was in charge of the production of the accompanying music, and the music producer of this work, and Takeshi Masuda, the composer. 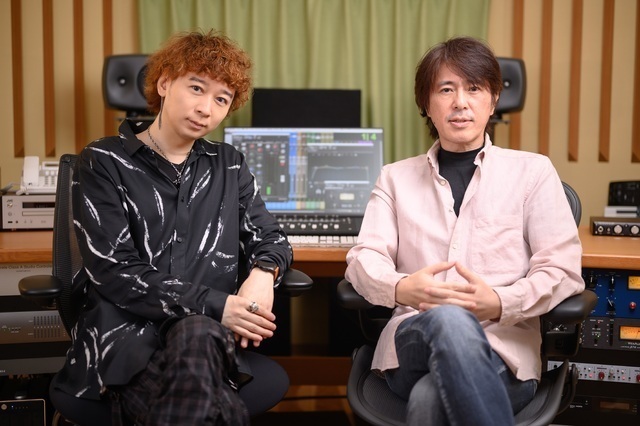 Takamitsu Shimazaki (left) and Takeshi Masuda
How did you become in charge of the music for “MUTEKING THE Dancing HERO”?
──How did you get in charge of the music for “MUTEKING THE Dancing HERO”?
Shimazaki: It was around the summer of 2019, but I decided to set up a new production department within the smile company to which we belong, and when I was working as the chief, “MUTEKING THE Dancing HERO” (hereinafter, “” ” I met the producer of “MUTEKING”) and started as if the two timings were aligned. From the first meeting, director Sato Yuzo asked if he wanted to put city pop at the center of his musical image, and could use Mariya Takeuchi’s song “Plastic Love” (1984) in the play. bottom. On the way back from the meeting, why don’t you call Mr. Masuda, who is already experiencing 80’s pop music in real time, and start such a project together? I made a request.
──When “Plastic Love” suddenly started to flow at the beginning of the first episode, many fans were really surprised …
Shimazaki: The plan to play “Plastic Love” at the beginning of the story seems to have been clear in the director’s mind from the beginning, and I had already heard the idea at the time of the first meeting. However, it is difficult to use the original song as it is, so it will be necessary to rearrange it. Then I remembered the musical “Honki de Only You” (2008), which is a collection of Mariya Takeuchi’s songs. In this performance starring Aya Matsuura, Mr. Masuda was in charge of producing the sound source for all the songs. He is familiar with Mariya Takeuchi’s songs, and has already worked on official arrangements. I thought that this was the only one except Mr. Masuda, so I called out to him.
──However, it seems that the broadcast of “MUTEKING THE Dancing HERO” has been postponed significantly due to the spread of the new coronavirus infection …
Shimazaki: That’s right. Originally it was scheduled to be broadcast in the fall of 2020, so it means that it has been delayed for exactly one year. However, in the two years since the start of production in the summer of 2019, it was completely unexpected that Japanese city pop and “Plastic Love” would be re-evaluated worldwide so much. If it had been broadcast a year ago, it would have been more talkative, so it’s a bit disappointing. In any case, I think the foresight of director Sato, who had envisioned music incorporating city pop from the beginning, is amazing.

Process of gekitomo music production
──What exactly was the production of the gekitomo music for “MUTEKING THE Dancing HERO”?
Shimazaki: In the production of a gekitomo music for a normal anime work, the work is to receive a music menu from the sound director and create it, but this time, based on the fact that “music” is the axis of the work. From the early stages, I also participated in the meeting and had a fairly detailed meeting from the stage of coming up with ideas, such as “This kind of music for this character” and “How about this kind of sound for this scene development?” rice field. Along the way, I made a preliminary demo of “Dancing Train” and “Plastic Love”, which are included in the first song of DISC-1, as songs that symbolize the musical image of the entire work. “I’m going with music in this direction,” to form a consensus among all the staff. It wasn’t until the music menu was organized.
──How do you divide the two, Mr. Shimazaki and Mr. Masuda?
Shimazaki: I was in charge of not only composition but also direction as a music producer, so I first sorted out what I wanted to ask Mr. Masuda from the menu. Of course, I also listen to 80’s, but I’m a generation who has experienced it retroactively, so I would like to ask Mr. Masuda, the middle generation, for songs that require a stronger 80’s sound. I decided to take charge of other things.
──You said that you were influenced by the corona vortex, but what was the timing and period of music production?
Shimazaki: Work started in the summer of 2019, and most of the work was completed by the beginning of 2020, but just around that time the corona vortex became severe, and it may be difficult to broadcast as planned … Was mentioned, and the progress was pending for a while. However, after that, the director asked me to work on additional songs and rearrangements, and I was relieved to say, “Oh, it’s working properly!” Even when the atmosphere of the world was sinking due to the corona whirlpool, I was encouraged to find that the animation production team was doing their best. It was a time when I was working on other works, so it was a little difficult to switch to “MUTEKING” mode again for additional work (laughs).
Masuda: I was fine because I trusted Mr. Shimazaki completely. The fact that there are additional orders means that the quality of the work will improve accordingly, and I think positively (laughs).
Shimazaki: It’s not a matter of workload, but in the case of music production, once you finish the work with a break in your feelings, it may be difficult to make additional music in the same environment and with the same quality. you know. There is a step in the texture. In this case, it is necessary to switch on that unique world view of “MUTEKING” again. Specifically, if you normally make music with the current high-bit equipment (digital audio equipment with excellent sound quality), it will be too clear for the 80’s world of “MUTEKING”. It is necessary to devise ways to blend the music into the world of the work without any discomfort while using the current equipment. It takes a little time and effort to change the mode.
Masuda Fufufu …, maybe because I was always asked for 80’s sound, etc., even if I made it normally, it would be 80’s sound as it is, so in a sense it was still in normal mode when switching modes. Maybe (laughs).
──What did you struggle with in this gekitomo production?
Shimazaki: Despite the 80’s sound and city pop feeling that I talked about earlier, there are two composers, so the texture may differ depending on the situation. I am working on quality control to create a sense of unity so that I do not feel any steps.
The rest is a story development centered on music, so many “songs” will appear. The presence of the song is so strong that it leaves a strong impression even if it is used for only 10 seconds. How to connect the song and the gekitomo without any temperature difference so that you don’t feel the difference when the gekitomo plays after that. It took a lot of time for the trial and error. Like some songs that are not included in this CD, there are songs that are being worked on by another team of other artists, but even in such cases, I listened to them from the demo stage and exchanged opinions while exchanging opinions. We are working to create a sense of unity between songs and gekitomo music. This is where I became the most severe music producer.
──Are there any differences in how you make or prepare for the song and the gekitomo music?
Masuda: Mr. Shimazaki has a lot of experience in producing gekitomo music, but this was my first time. When making anime songs, I’m always asked to be able to handle a wide range of genres of music, but gekitomo is more than that. I also needed music for just one moment, which couldn’t be a song, and this was a really interesting experience. There were many discoveries that the music that I hadn’t worked on was full of fragments of the music image I had experienced since I was a kid, so it was really interesting and fun to work with. .. 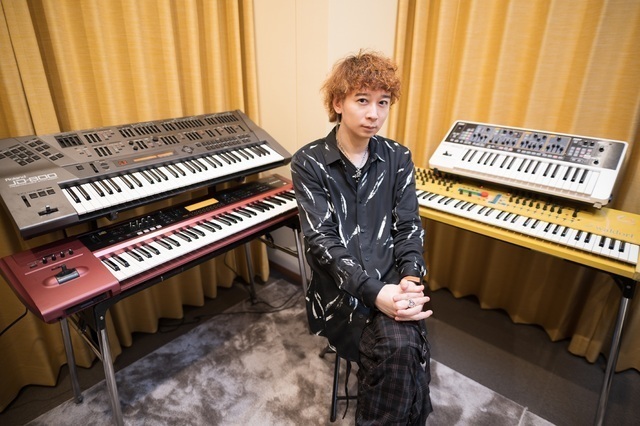 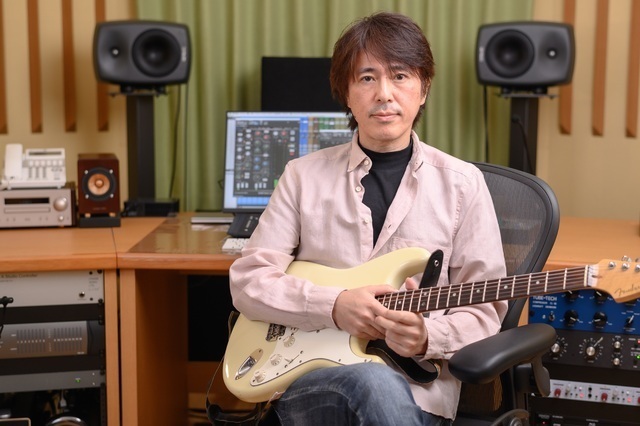